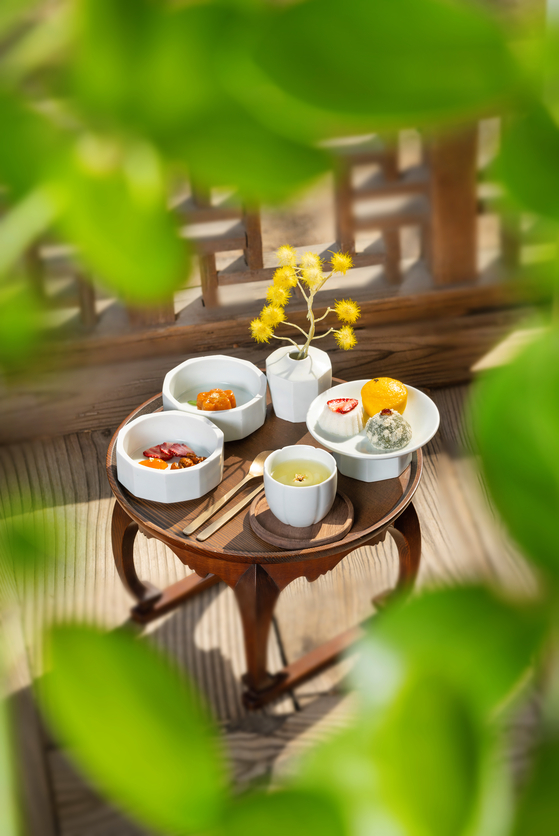 A traditional Korean dessert set is part of the Gohojae's spring promotion at the Korea House. [KOREA HOUSE]

The retro trend has hit the food industry, in particular the sweet world of desserts, with consumers showing preferences for traditional Korean treats as opposed to the once popular French macarons and American cheesecake.

Both sweet and savory snacks enjoyed by royals and noble scholars in the Joseon Dynasty (1392-1910) have been recreated as part of a dessert set by the Korea House in central Seoul’s Jung District. Prior to the pandemic, Korea House predominantly catered to foreigners interested in learning more about traditional Korean culture. It consists of traditional Korean style hanok buildings where people can dine, while its terrace area is often used as a wedding location for couples who want a traditional ceremony. 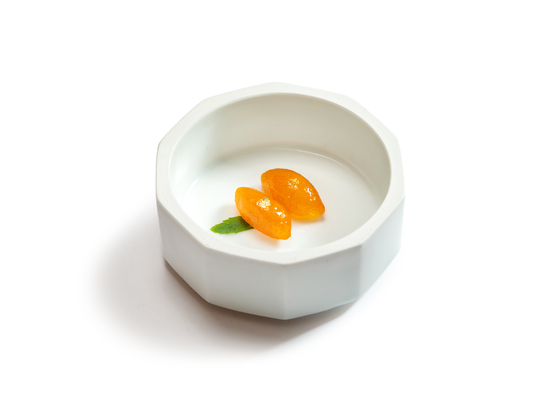 Geumgyul jeonggwa, or kumquat preserved in honey, is one of the items served as part of the spring dessert set. [KOREA HOUSE]

The Korea House took note of young people's preference for visiting locations that are photogenic enough to share on social media, as well as the lack of Korean style desserts available to the public. In an attempt to attract more local visitors, the Korea House decided to hold a seasonal dessert set promotion called Gohojae. It first offered the promotion in May last year, and after seeing success, decided to make it a seasonal event. The ongoing spring version lasts until May 23, and will be followed by a new summer set. 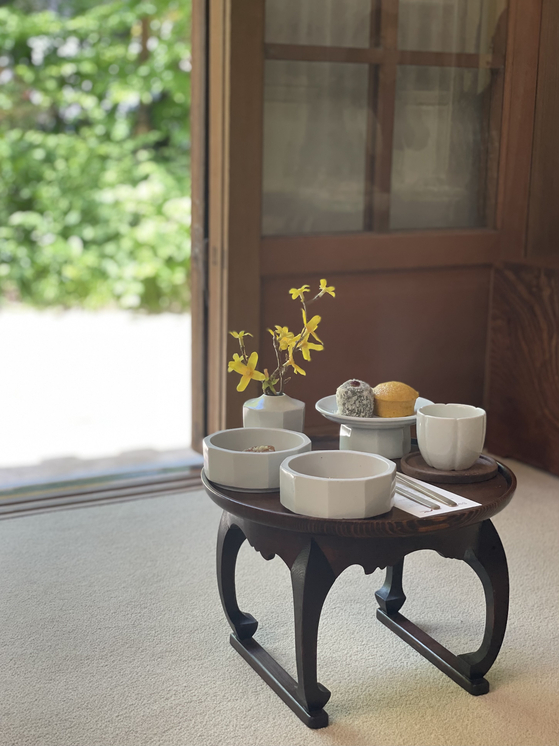 The Gohojae spring set at the Korea House [LEE SUN-MIN]

The set comes with seven different items in a variety of jars and is served on a table called soban. Three different types of tteok, or rice cake, flower-shaped yakgwa, a fried snack made with flour and honey, as well as fruit jeonggwa, a chewy snack made by combining fresh fruit with sugar and honey, are served. For those who want to make the set heartier, a bowl of juk, porridge made with five different types of seeds and nuts, can be added. The basic set is priced at 15,000 won ($13) per person, and the juk is an additional 8,000 won. Green tea with floating plum flower is also served.

Each visitor will be given one hour to enjoy the dessert set against the backdrop of hanok. Many choose to linger even after the first hour outside the hanok to take photos or go on a stroll.

“We wanted to add a little bit of a modern twist to make traditional desserts more accessible and comfortable, such as using modern tableware made by today's ceramists,” said Jin Na-ra, manager of Korea House’s Marketing and Planning team.

“We even tried to make bingsu (shaved ice) in our own style, different from currently trending ones with milk ice or condensed milk.” 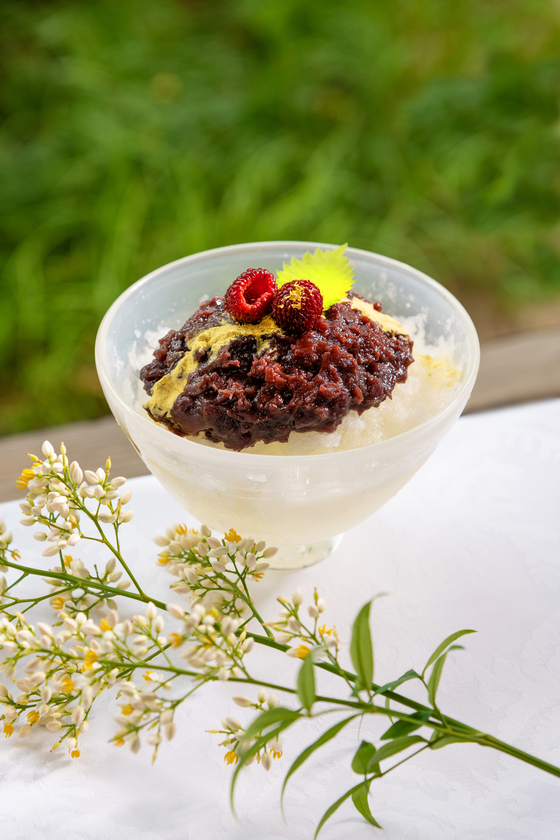 The return of bingsu made with chamoe, or yellow-colored Korean melon whose inside is white, for the coming summer season has peaked the interest of many. The bingsu made with an entire chamoe and topped with homemade red bean sauce and pine tree flower powder proved to be a hit last summer when it was offered as an addition to the set.

Another summer season delight to come is wonsobyeong. This dish is made up of chewy glutinous rice balls in a yuja (yuzu) drink. Given that many are familiar with bubble tea with chewy tapioca balls, the Korea House came up with its own version. 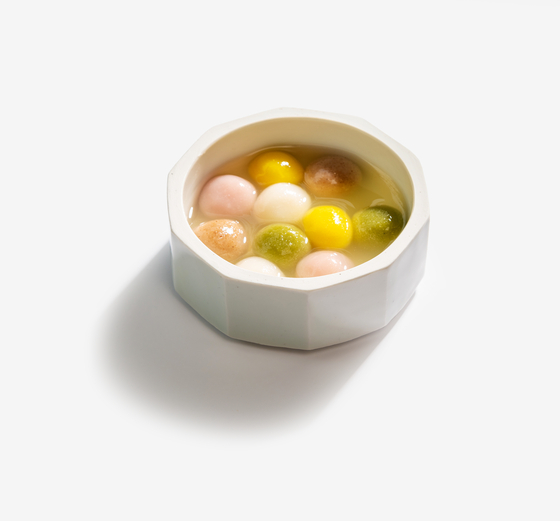 “Most of the visitors for Gohojae are in their 20s and 30s, and many of them take a half-day off from work in the morning to enjoy the set and then go to work,” said Jin. “And those who have experienced one season come back for another season or try to do all four.”

Spurred on by the popularity of the year-long promotion, the Korea House is now developing a kit that will help people make their own Korean-style desserts at home. It also plans to make a tutorial video so that people can easily follow the instructions. It plans to unveil the kit sometime in the fall. It has also collaborated with Lotte and opened a cafe called Gohojae at Lotte World Mall in Songpa District’s Jamsil in southern Seoul in April.

Tickets for the Gohojae dessert set are released through Naver Booking at the beginning of each season and usually sell out quickly, but you can check the website for cancellations if you're unable to get your hands on a ticket during the initial offerings.  There are five different seating a day and up to 12 people can reserve a spot for each session. For more information, go to www.chf.or.kr/kh or call (02)2266-9101~3.

While a prior reservation is needed for Gohojae, there are other shops offering traditional Korean snacks that welcome walk-ins. 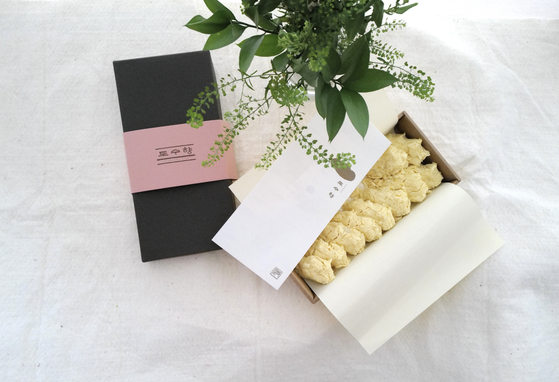 A box of injeolmi, a type of tteok (rice cake), is offered at Dosuhyang. [DOSUHYANG]

Dosuhyang, operating since 2005, is one of the major tteok spots people choose when it comes to purchasing a gift or even just a snack. The shop located in southern Seoul’s Sinsa-dong, steps away from Apgujeong Rodeo Station, only offers a pick-up option for its products. Its most popular tteok is the injeolmi version, shaped as if someone grabbed the dough firmly and then let go. Its simple packaging which highlights the injeolmi inside sells quickly all year round, but in particular on national holidays such as the Lunar New Year Seolnal holiday and during Chuseok.

“Since it is more difficult to find Korean dessert spots compared to a couple of decades ago, what’s actually more traditional may seem like something new to the eyes of youngsters,” said Kim Min-seo, the daughter of the family that runs Dosuhyang. She added that the shop sees a steady mix of customers of all ages and genders. 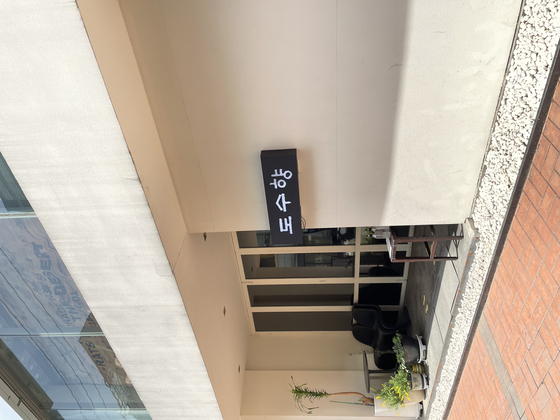 “Some people cannot digest wheat well, including myself, so they choose tteok as a snack for in-between-meals.”

It is recommended to freeze any tteok that you do not consume on the day you purchase it, leading to many recommendations about how to enjoy frozen rice cake. Some say they eat the frozen tteok as if it were a popsicle but most say they grill it on a pan or heat it up in an air fryer with a sprinkle of brown sugar. Topping the grilled tteok with a drizzle of honey and sliced almonds adds another layer of texture.

The Dosuhyang family spread their frozen tteok on a pan with a few drops of oil and crisp up both sides before adding brown sugar. Then they roll it before cutting it into small pieces, and enjoy. 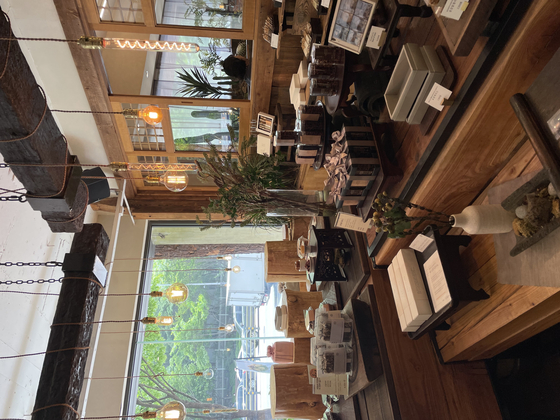 The inside of Gangjeong House in southern Seoul's Gangnam District. [LEE SUN-MIN]


Gangjeong House in Daechi-dong, southern Seoul’s Gangnam District has even more options. It is focused on serving a variety of gangjeong, or crispy fried snacks. Many different grains are combined, either with or without fruit, before the entire thing is deep fried, and then cover in honey. Gangjeong House offers many different combinations of grains and fruits and each pack costs around 10,000 won. While gangjeong is the main item on the shelves, it offers other yakgwa, juak (round-shape fried sticky rice), sikhye (a rice drink) as well as bingsu to cater to different taste buds. 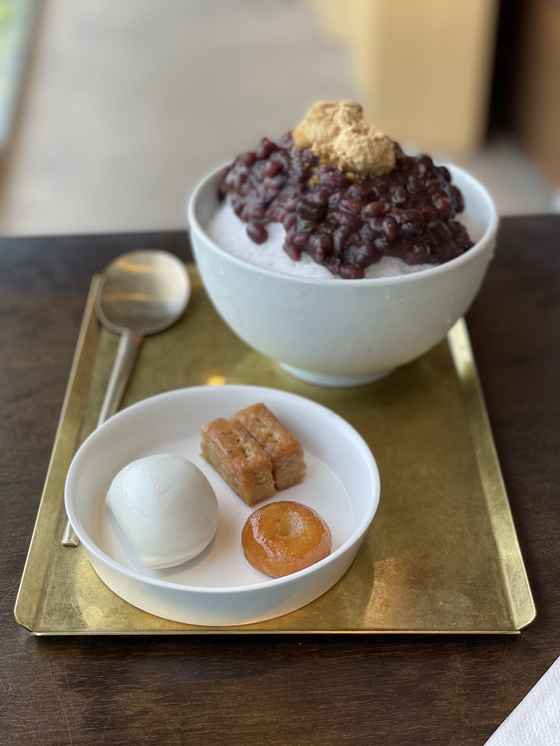 
Haap in northern Seoul’s Wonseo-dong in Jongno District has it all. Located in the building right next to Arario Museum, the shop offers a wide variety of options. It has yuja-flavored bingsu ready for the summer season. It is particularly popular for its packaging using white cloth. The floor-to-ceiling window offers a view of Changdeok Palace so you can feel like a royal while enjoying a traditional dessert.

If you are looking for traditional recipes handed down from generation to generation, visit Howondang in southern Seoul’s Sinsa-dong. It is run by the third generation of the family that originally started the dessert shop and the appearance and taste of the gangjeong and yakgwa on offer is more classic compared to other shops. 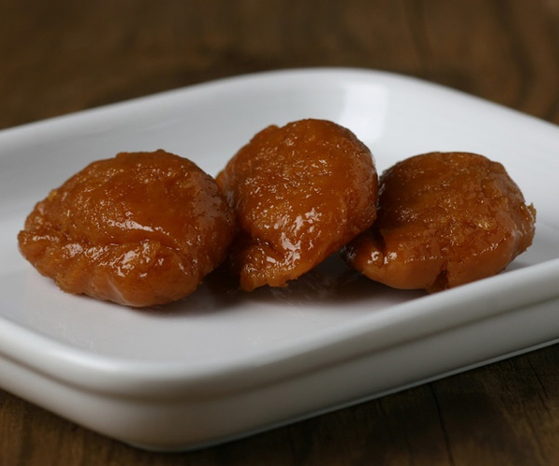 Mandugwa, a fried dessert shaped like mandu or dumpling, is filled with date paste [HOWONDANG]

People storm Blue House, but in a celebratory way