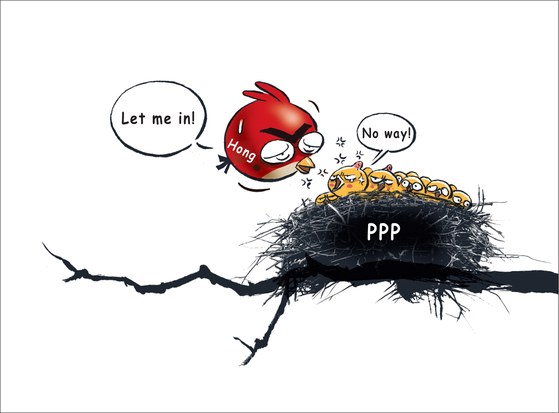 Rep. Hong Joon-pyo, an independent lawmaker, wants to return to the People Power Party (PPP), but junior members of the party oppose it. Hong, former leader of the opposition Grand National Party, a predecessor of the PPP, is infamous for his temper, which has earned him the nickname “Angry Bird.” [PARK YONG-SEOK]