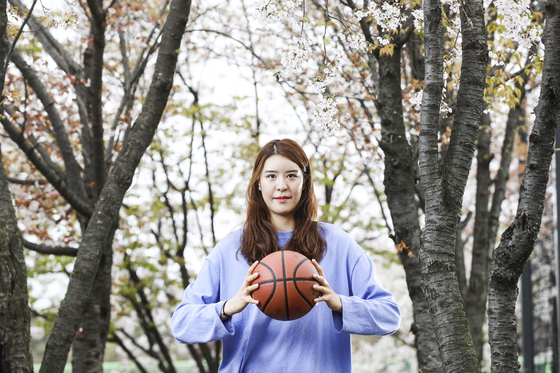 
The women's national basketball team will head to Tokyo this year, returning to the Games 13 years after it last competed. The Korean men's team is still attempting to qualify.

The men’s team will have to win at least three games at the FIBA Olympic Qualifying Tournaments at the end of June in Kaunas, Lithuania.

Eight countries — Nigeria, Argentina, the United States, Iran, France, Spain, Australia and Japan — have already qualified in men’s basketball. The first seven countries qualified directly from the 2019 FIBA Basketball World Cup, while Japan automatically earns a spot as the host of the Games.

Korea's men's side will compete at the FIBA qualifying tournament in Lithuania in a bid to earn one of the four remaining places in the 12-team Olympic field.

For the 2020 qualifying tournaments, only the 16 best-placed teams from the 2019 FIBA Basketball World Cup earn the right to compete.

Having finished 26th, Korea would not even have had the chance to compete at the 2020 qualifying tournament if not for the two places reserved for the highest-ranked countries per region in the FIBA World Ranking.

Korea will face Venezuela on June 24 and Lithuania on June 25. They will have to win at least three games to get a shot at the four remaining Olympic berths.

The Korean Basketball Association announced Monday the twelve players that will go to the qualifications, although two players were removed from that team due to injury on Wednesday.

If the men’s team earn a spot at the Tokyo Games, it will be their first Olympics in 25 years, since the 1996 Atlanta Summer Olympics. 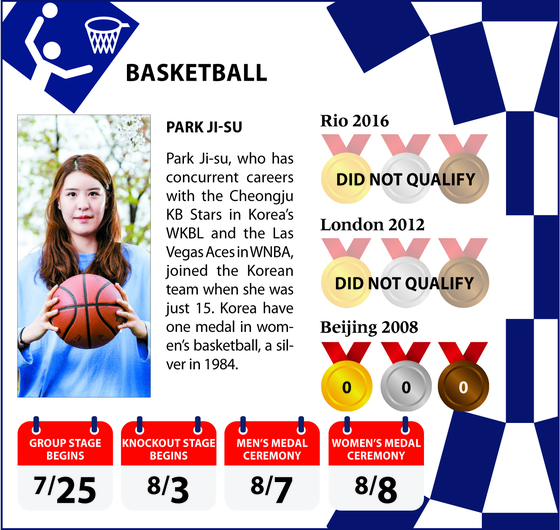 
The women’s basketball team is going to the Olympics 13 years after they last competed, in Beijing.

The women's team qualified in February 2020, beating Great Britain but losing to Spain and China during the FIBA Women’s Qualifying Tournaments in Belgrade, Serbia.

Korea will play in group A alongside world No. 3 Spain, No. 4 Canada and No. 8 Serbia. Team Korea will be looking for at least one win in group A as the top two countries of each group advance to the quarterfinals.

Korea’s women's basketball team finished fourth at the 2000 Sydney Olympics and eighth at the 2008 Beijing Games, but failed to qualify for the 2012 London and 2016 Rio Summer Olympics.

The basketball competition will begin with the women's group stage against Spain on July 26. If the men’s team wins in Lithuania, their first group stage will also be in July 26, against Argentina.