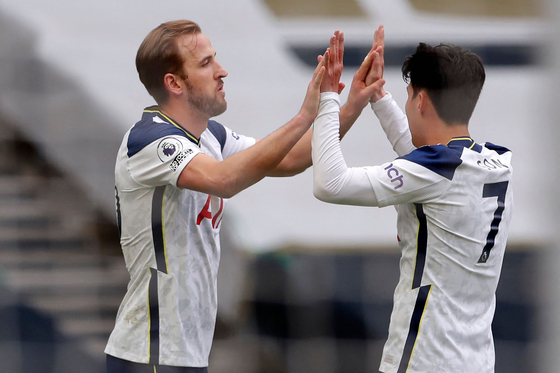 
Tottenham Hotspur romped to an easy 2-0 over Wolverhampton Wanderers on Sunday, keeping their European hopes alive in the final few days of the 2021 season.

Harry Kane and Pierre Hojbjerg scored the goals in what could have easily been a blow-out win for the London club, as the entire lineup clicked together in a way that has been missing from a lot of recent action.

Korean forward Son Heung-min played the full 90 minutes but was surprisingly quiet, having just a couple of attempts on goal as his teammates ran circles around Wolves.

The win keeps Spurs in sixth place with two games left to play this season. Tottenham still has a chance to make it to Europe next season, although even finishing fifth for the Europa spot looks difficult. Spurs currently have 59 points, four behind Liverpool at fifth with 63 points, and five behind Chelsea and a Champions League spot at fourth, with 64 points.

Tottenham will continue that fight for a last minute surge up the table against Aston Villa on Wednesday, or at 2 a.m. on Thursday in Korea.