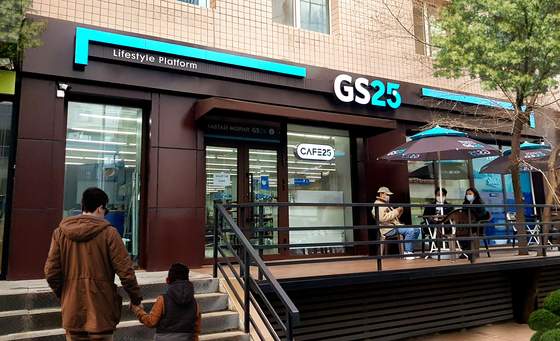 It plans to operate 500 branches in the country by 2025. This marks the convenience store's second overseas expansion, after Vietnam in 2018.

All three GS25s were opened Tuesday.

GS25’s parcel delivery service will be offered by the Mongolian stores. With the service, packages can be sent from one GS25 convenience store to another.

The company signed an agreement in September last year to receive royalties under a master franchise deal with Shunkhlai, a Mongolian holding company with 12 subsidiaries, including APU, which claims 70 percent of Mongolia’s liquor and beverage market.

The convenience store chain aims to target the local market with strategies optimized for Mongolian customers. Backstreet Rookie, a Korean drama filmed at a GS25 store, will be aired on Mongolian TV channel NTV from Tuesday. GS25MN, the Mongolian version of GS25’s app, is currently up on Google Play and  the Apple App Store for customers to download.

“Following the successful opening of our Vietnamese store, we teamed up with Shunkhlai to tap into the overseas market for the second time,” said Yun Ju-young, an administrative associate at GS Retail. “We plan to go further than just opening stores abroad, but aim to spread Korea’s convenience store culture and lay the stepping stones for GS25 to enter global markets through retail digital transformation.”