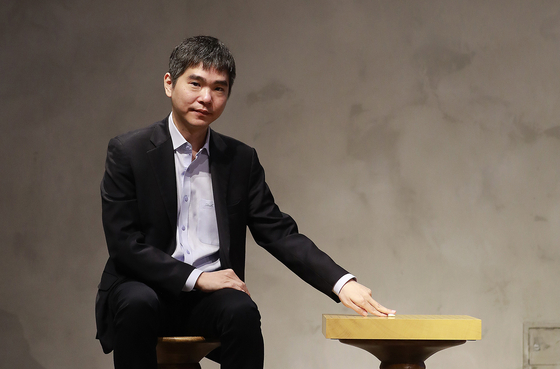 
A non-fungible token (NFT) based on the historic 2016 match pitting Go grandmaster Lee Se-dol against Google's AlphaGo was sold for 60 ethereum, which is worth more than $200,000.

The NFT was put up for auction on Opensea, the largest NFT auction site, from May 11 through Tuesday.  According to cryptocurrency exchange Binance, one ethereum currently trades at nearly $3,470.

Published by 22nd Century Media, a subsidiary of Korean newspaper company Hankyoreh, the NFT includes a photo of Lee, the 18-time world champion Go player, his signature and a video file that displays a Go board where black and white stones are laid out as Lee and AlphaGo played out their fourth match.

The token was released on the Ethereum network, in collaboration with Lee.

Of the five games, the fourth match that took place on March 13 was the only one in which Lee beat AlphaGo. Out of the 74 matches that AlphaGo has played, this is the only match in which it was defeated by a human player.

The NFT file contains a unique alphanumeric sequence that maps the game.

"If you look at a Go notation, you can picture what the player was thinking and what the atmosphere was like during the match," said the Go player. "In that context, it's easier to understand why it can be called an art piece in its own right."

NFTs are unique digital collectibles that are deployed on a decentralized blockchain and therefore can't be reproduced or counterfeited. The technology has been used for pieces produced by Banksy and Beeple, but 22nd Century Media and Lee's attempt to turn a competition into an NFT is something new.

The Go grandmaster said the NFT project was intended to leave an immortal record of a match that was "by far the most publicized and significant game" in his entire 25-year career.

"I'm the last generation that was trained for Go not as sport, but as art," he said. "Hopefully, the [NFT] can mark the new start of repositioning Go as art. I think that's the direction Go should be headed to in order to survive."

A token of appreciation

NFT, hero of the virtual economy