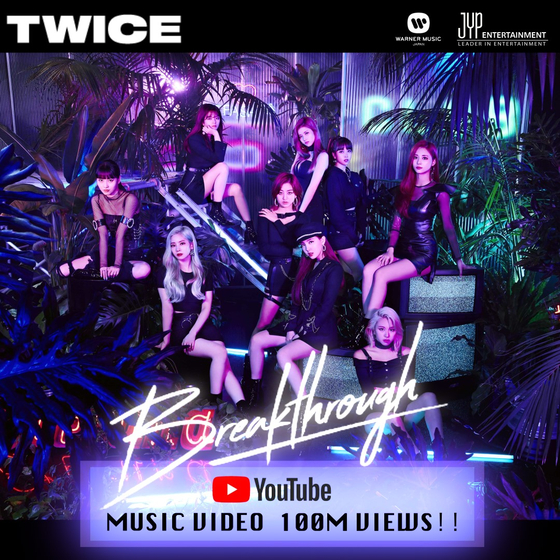 
Girl group Twice achieved a major breakthrough as its music video for Japanese single “Breakthrough” (2019) achieved 100 million views this week, making it the girl group with the most videos to hit that benchmark, JYP Entertainment announced on Wednesday.

British trio Little Mix was the previous champ, with 16 videos above the mark.

Twice is set to release EP "Taste of Love" on June 11, the group’s first song out this year. The lead track and its music video will be released on June 9.