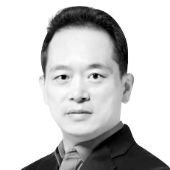 
I’d like to recommend five books on my desk. My top choice is “Economic Policy Agenda 2022.” I met one of the co-authors. Each author contributed in a desperate plea to be heard. “Wishing for the advent of an able political force,” one of them wrote as he signed the book. I was at first surprised to hear five finance ministry colleagues — Byeon Yang-ho (former director of financial policy at the Ministry of Finance and Economy), Lim Jong-ryong (former Financial Services Commission chair), Lee Suk-joon (former minister of the Office for Policy Coordination at the Prime Minister’s Office), Kim Nak-hoe (former Korea Customs Service commissioner), and Choi Sang-mok (former vice finance minister) — teamed up to publish the book. It is rare for retired senior bureaucrats to co-author a book, specifically targeting the new governing power or president.

They chant the same mantra: Korea must change its course. They advise a dramatic policy change from the errors of the past four years and from over-spending of tax funds. They also are specific in laying out solutions. They propose introduction of a “negative income tax” to compensate for the limits of capitalism. They suggest integration and streamlining of the welfare system for fairer distribution. Their set of recommendations reflects ideas of both the conservatives and liberals. They are willing to share their knowledge and experience if their suggestions are welcomed. They have bared their troves of knowledge in the genuine hope of setting the country in the right direction. They advise fixes to outdated regulations to give more motivation and freedom to enterprises and a fair economic order to establish an economic playing field on which the players accept the competition results.

Former prime minister Chung Un-chan published another book following one in December. “Korean Economy, Symbiotic Growth, and Spirit of Capitalism” ponders many of the same themes. He argues the deep polarization of wealth and a winner-take-all phenomenon must not go on. He also opposes anti-market platforms like the Moon Jae-in administration’s income-led growth policy. “I am not suggesting to take away some of the wealth from the rich and give it to the poor. We can achieve a society where all can live well together when there is hope the gap can be narrowed,” he writes. He advises going back to the fundamental capitalism spirit that envisions a society where anyone can become better off through just and fair competition.

“The Age of Confusion” by Kim Dong-won, a former guest professor at Korea University, strikes many of the same notes. “Capitalism has been wrecked through polarization,” Kim writes He demands a divorce from populism and the politics of tribalism through political reform and an overhaul of the welfare system. He argues that rationalization of the welfare system can save money that can be spent on basic science or infrastructure for new jobs. He urges politicians to stop stoking the divide among people and falling prey to the temptations of populism.

“The Third Way” by former ambassador to the OECD Lee Kyung-tae is no different. He advises conservatives to get more interested in welfare and the liberals to value market economics. Although inequalities must be eased, overspending on welfare and removal of elites as in socialism would only help lower the living standards of Koreans.

Kwon Soo-woo, head of the Korea Micro Business Institute, pitches a similar message in his book “The Self-employed Must Survive for the Korean Economy to Survive.” Employers have restrained hiring due to spikes in labor costs. Easing the rigidities in the labor market can cut the vicious cycle. He made the same argument to President Moon Jae-in before he was elected, but did not get through. He claims reckless policy experiments only worsened employment instability and income distribution.

The five books all argue for balance in policy-making. They call for stronger welfare but rationalization of the system and more freedom for enterprises. One more book I recommend is “South Korea’s Unfortunate Presidents” by former ambassador to Japan Ra Jong-il. He claims Korean presidents have all ended in disgrace because of their rigid ideological adherence and reckless policy experiments. Hundreds of professors are joining campaigns of presidential aspirants. Instead of recruiting sycophants, I advise our presidential hopefuls to read these five straight-talking books from cover to cover.

A present from the prime minister