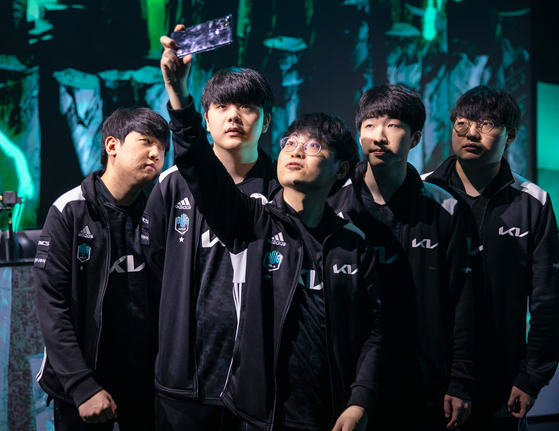 Members of the DWG KIA League of Legends team take a group selfie on the stage of the 2021 Mid-Season Invitational. [RIOT GAMES]


DWG KIA have advanced to the semifinals of the 2021 Mid-Season Invitational. The Korean titans are yet to produce their A-game, but definitely look to be recovering from their initially poor form.

The reigning world champions started the tournament off on the wrong foot, putting on highly questionable displays throughout the group stage and even legitimately struggling at times against weaker teams such as Latin America's Gillette Infinity. Many fans were concerned that the LCK representatives were not looking nearly as dominant as the other tournament favorite, China's Royal Never Give Up, who stomped through their group without breaking a sweat.

The rumble stage, however, seems to have provided the team with the time necessary to reconfigure their strategies and find their stride. While the first round robin felt much like a rerun of the group stage — DWG KIA somehow scraping together wins through Heo "ShowMaker" Su's individual brilliance despite looking thoroughly unconvincing overall — the second half saw them begin to return to their expected level of performance.

Here's a brief recap of their ten games over the past five days.


The first round robin


DWG KIA met RNG in the opening match of the rumble stage and suffered a limp defeat, showing that the Chinese representatives had indeed been in better form during the group stage.

The outcome validated what RNG's mid-turned-top laner Li "Xiaohu" Yuanhao offered in his pre-match interview: "Before MSI, I was worried that the European or Korean team would be too strong. After watching the group stage, I think we can beat them in the rumble stage."

While DWG KIA ended up winning both, flaws in their game were repeatedly exposed: Jo "BeryL" Gun-hee's disturbingly unorganized displays were of particular concern. Victories were only obtained by virtue of ShowMaker's herculean performances. After struggling past PSG, the mid laner said that his team would need to "pull out all the guns" in order to safely pass through the rumble stage.

Things eventually did begin to pick up for DWG KIA with back-to-back clinical wins against Oceania's Pentanet.GG and Europe's MAD Lions. Both Kim "Canyon" Gun-bu and ShowMaker confirmed that the squad was starting to regain confidence following their improved showings. 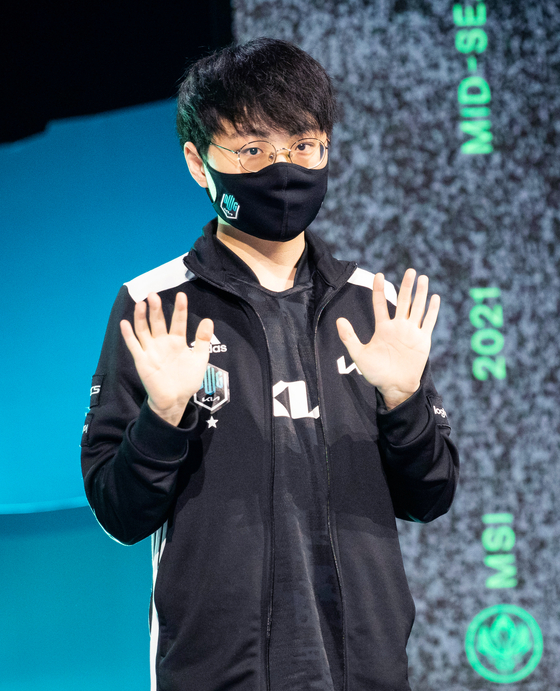 DWG KIA mid laner Heo ″ShowMaker″ Su, who so far has been the best-performing player at the 2021 Mid-Season Invitational, waves for the cameras. [RIOT GAMES]


The second round robin


The return match against C9 was a tense affair, with BeryL and Kim "Khan" Dong-ha again rocking the boat with dubious plays. The squad as a whole was in better shape compared to when the two teams first met, however, and despite the occasional setbacks, DWG KIA managed to hold onto their slight lead and eventually close.


The next two matches against MAD and PSG were cleaner.

DWG KIA's flawless mid-game snowball against PSG in particular prompted both fans and commentators to exclaim that the world-beaters from last year's World Championship had finally returned. Head coach Kim "kkOma" Jeong-gyun was wary of such decisive assessments, however, and said that performing well come the semifinals onwards would be a separate — and far more important — challenge.

It was soon clear that the team still had some way left to go to reclaim their 2020 glory. While the rematch was definitely closer than the first, RNG handed DWG KIA yet another sobering defeat on the final day of the rumble stage, with Chen "GALA" Wei and Shi "Ming" Senming running circles around Jang "Ghost" Yong-jun and BeryL.

Regardless of the issues visible over the past five days, it was still DWG KIA who ultimately topped the rumble stage rankings and secured the right to select their semifinal opponent. By steamrolling through Pentanet.GG in their final game, the LCK representatives finished with eight wins and two losses. RNG, despite felling DWG KIA twice, ended up sitting just below them with seven wins and three losses, due to dropping a game each against C9, PSG, and MAD.

Now only the semifinals and the finals remain. Royal Never Give Up and PSG Talon will clash on Friday. DWG KIA are set to face off against MAD Lions this Saturday. The finals will take place on Sunday. All three matches are scheduled for 10 p.m.