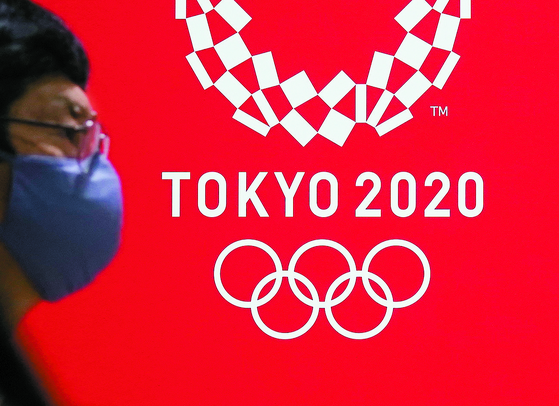 
The 18th Summer Olympics in Tokyo in 1964 was held not during the summer but in the middle of autumn on Oct. 10. Yoshinori Sakai was the last torch bearer. The 19-year-old was a freshman track athlete at Waseda University.

Foreign media called him “Atomic boy.” He was born in the Hiroshima Prefecture on Aug. 6, 1945, the day the atomic bomb was dropped there. Japan’s intention was clear. It wanted to show off that the country that lost World War II has returned as the Olympic host. Ironically, the Olympic host that Japan dreamt of was not a “loser standing again.”

In the beginning, Japan wanted to boast a majestic empire through the Olympics — the Great Empire of Japan influencing Asia and the Pacific. So it won the bid for the 12th Tokyo Summer Olympiad in 1940. But the event was never held. In 1937, Japan started the Sino-Japanese War, and the Western world protested. Due to international opposition, Japan gave up the hosting right, and Helsinki got the bid.

On Sept. 7, 2013, Tokyo was selected to host the 32nd Olympics in 2020 at the International Olympic Committee (IOC) meeting in Buenos Aires. Japan wanted to demonstrate that it has revived from the Tohoku Earthquake and Fukushima Nuclear Disaster in 2011. But the unprecedented Covid-19 pandemic pushed the event scheduled for July 24, 2020, by one year.

Two months are left until the new opening date of July 23. But it is still unclear whether the event will be held. The domestic situation in Japan is not stable. Positive cases and deaths from Covid-19 haven’t decreased. The public opinions opposing the hosting or supporting another delay are growing. Many athletes are concerned of the event itself and have announced they wouldn’t participate in the Games.

The Japanese government and the IOC both maintain their position that the Olympics will be held as scheduled. But it seems that they are just passing around the bomb to each other to announce the cancellation of the event. During the campaign to win the bid for the Olympics, Japan’s slogan was “Discover Tomorrow.” After winning the bid, the official slogan changed to “United by Emotion.” Do we see tomorrow from Japan? Can we be united by emotion? The history of Olympics in Tokyo is cruel.