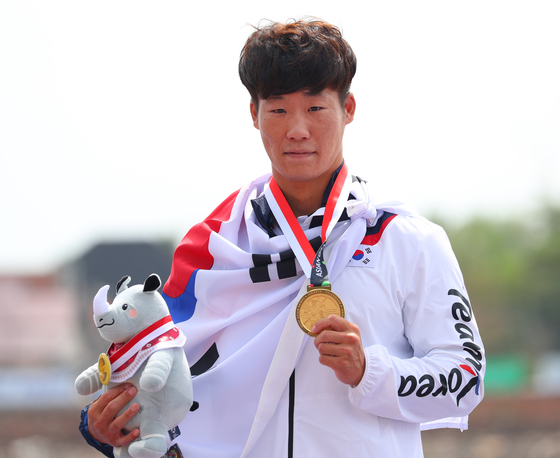 
Cho Kwang-hee will represent Team Korea in the men’s kayak single 200-meter race in the canoe sprint event at the 2020 Tokyo Olympics.

Olympic Canoeing consists of two disciplines: Sprint and slalom. In the sprint event, athletes compete on a straight course, while in the slalom they need to pass through several gates while racing down the course.

Speed is key in the sprint events as it involves paddling short distances at full speed.

Two types of boats are used in canoe sprint: Canoes and kayaks. In canoes, paddlers compete in a kneeling position with a single-bladed paddle. In kayaks, athletes are sitting and use a double-ended paddle.

Kayak races can be done as a single, double and even foursome event, while canoeing can be a single or double event. 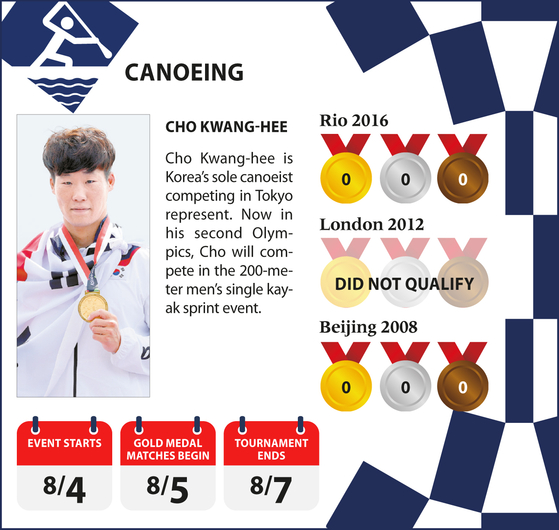 Cho finished first in the heats with a record of 36.392 seconds, advancing straight to the finals, where the 28-year-old finished in 35.050 seconds to beat Sergii Tokarnytskyi of Kazakhstan and Denis Onufriev of Uzbekistan.

Cho is currently ranked at No. 31 in the world for men's kayak 200-meters. He became the first Korean to defend his Asiad title at the Jakarta Palembang 2018 Asian Games, having won gold in the men’s kayak single 200-meter race at the 2014 Incheon Asian Games, ending Korea’s 24-year Asiad gold medal drought in canoeing.

“I had some trouble maintaining my mental and physical condition this time” Cho told the Korean Canoeing Federation.

Tokyo is Cho’s second Olympics as he competed in both the single and double events at the Rio Olympics. Cho came in 12th in the single event and ninth at the double, alongside Choi Min-kyu.

“I earned another chance at the Olympics thanks to my manager, analyst and training coach. I am determined to do better than at the previous Rio Games.” 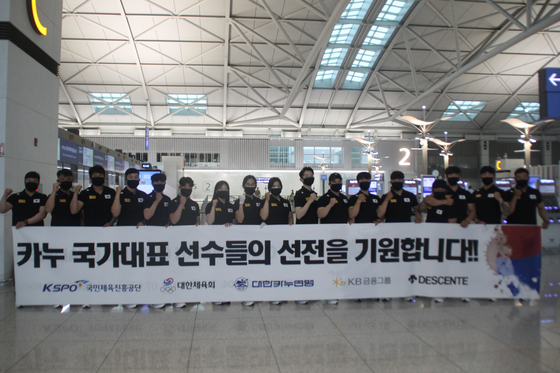 
Cho isn't the only member of the Korean canoeing team, but the other eight sprint and two slalom paddlers failed to earn Olympic berths.

For the men’s canoe slalom event, Park Ji-hwan and Park Moo-rim each finished eighth and tenth.

The three Koreans who competed in the women’s events reached the final round but also failed to earn Olympic berths.

Cho will compete in the men’s kayak single 200-meter heats on Aug. 4, starting at 9:30 a.m., with the quarterfinals on the same day. The semifinals and gold medal match follow the next day.