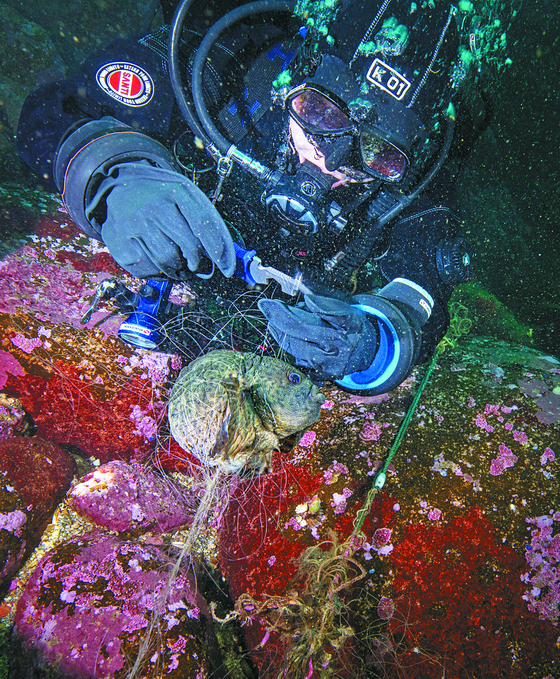 A diver cutting the net entrapping a type of cyclopteridae in the sea off the coast of Goseong County, Gangwon, in December 2020. [KIM HYE-JIN/TEAM BOOSTER]


Over the past eight years of recreational diving in the waters off the coasts of Korea, eight divers — including a pharmacist, designer, government official and office worker by day — have captured photos of fish entangled and dying in marine debris.

The photos show single fish, groups of fish, or what’s left of a fish entangled in abandoned fish nets and barren corals covered with ropes and nets.

“Every time we dive, we come across at least one incident of fish stuck in abandoned fishing gear, like nets or fish traps,” said Gwak Tae-jin, a software developer and member of a recreational diving group named Team Booster. “We participated in an activity last year on investigating the extent of fishing gear abandoned in the sea. That’s when we came across an opportunity to share our photos.” 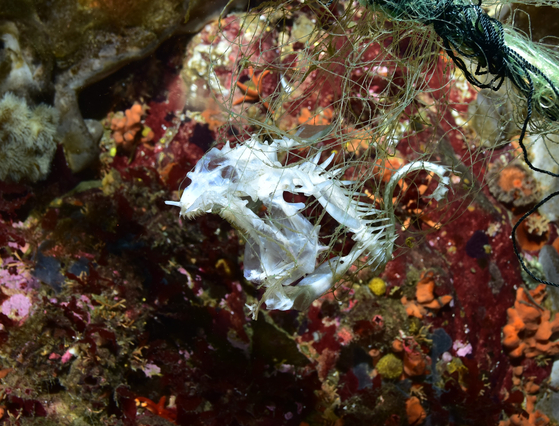 Bones of a fish that died while entangled in a net in the waters off Korea's coast. [KIM HYE-JIN, TEAM BOOSTER]


Gwak and the other members of Team Booster have dived together for recreational purposes since 2013. A total of 43 pictures out of hundreds they’ve taken over the years have been made into a book last month, in cooperation with Our Sea of East Asia Network (Osean), a nongovernmental organization in Korea that works on raising domestic and international awareness on reducing oceans waste.


“The photos published are but the tip of the iceberg when it comes to oceans waste that we see every time we dive,” Gwak said. 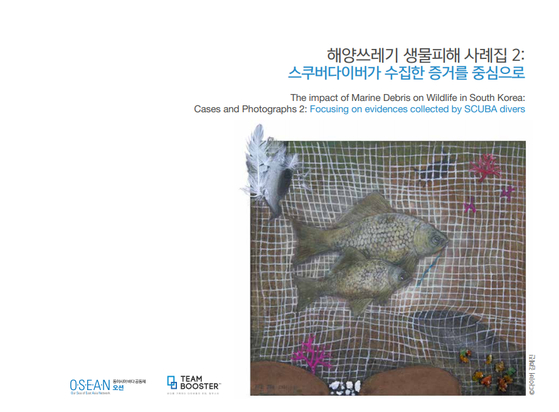 A book published last month by Team Booster and Our Sea of East Asia Network (Osean), ″The impact of Marine Debris on Wildlife in South Korea.″ [OSEAN]


The divers have recorded the locations of where they’ve seen marine debris, and started creating a digital map to record the information, which can be found at teambooster.org/marinedebris. 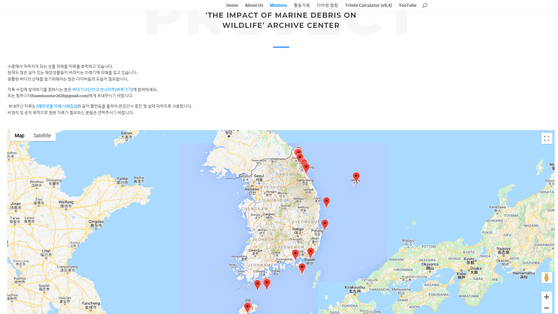 Map of locations where marine debris were captured. [TEAM BOOSTER]


“At one point, we want to be able to create a digital map with many other divers, to pool information of where we’ve found ocean waste, kind of like Project Baseline,” Gwak said.

Project Baseline is an organization of divers and snorkelers who work together to raise awareness on conservation of underwater environments. Divers of the group pool photos and other information they’ve collected from the oceans across several countries.

“Once you’re underwater and you see all these marine debris about you, you cannot help but feel the need to do something about it,” said Kim Hye-jin, a member of Team Booster. “We see marine debris so often, it’s not an exaggeration to say that you see one every 30 seconds in the water.”

Kang Kyung-bin, a 39-year-old pharmacist, recently helped a fish escape from a net.

“I was in the waters off the coast of Goseong County, Gangwon, when I saw the fish entangled in a net,” Kang said. “I used a knife to cut the net to let the fish go, but even after it was free, it wasn’t free from all the marks that the net had left on its scales.”

Divers of Team Booster are calling for an organized effort to rid the oceans of debris.

“If divers try individually to get rid of the nets, they can, in some cases, get caught in the net themselves,” Gwak said. “This can lead to very dangerous situations underwater.” 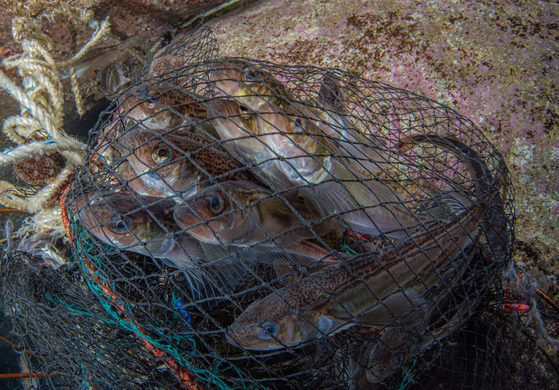 A school of sandfish trapped in a net in the sea off the coast of Goseong County, Gangwon, in December 2020. [KIM HYE-JIN, TEAM BOOSTER]


Fish nets and other fishing gear abandoned in the waters make up a majority of plastic waste in the oceans, according to Greenpeace.


Osean is currently conducting a survey among workers in the fishing industry to find out their level of awareness on the severity of marine debris. The project is being funded by UN Environment Programme.

Booster shots are the best medicine