Kim Myung-ja
The author, a former environment minister, is the president of Seoul Forum for International Affairs (SIFA) and honorary chair of the Korean Federation of Science and Technology Societies.


The invention of a vaccine against poliomyelitis has come into the spotlight amid the Covid-19 vaccine crisis. In 1955, American medical researcher Jonas Salk successfully developed a vaccine that could prevent the virus from causing the crippling disease of polio, known as infant paralysis as it mainly affected children. His development of the vaccine was timely as the virus developed into an epidemic at the time. In a TV interview with journalist Edward Murrow, Salk was asked who owned the patent on the vaccine. Without hesitation, he replied, “Well, the people, I would say. There is no patent. This is … could you patent the sun?”

But today’s vaccine market has high entry barriers due to complicated science procedures and regulations, massive costs and development periods, and uncertainty in the market returns. Covid-19 vaccines came onto the market in just 10 months thanks to colossal government subsidies and exemptions to multiple clinical tests on the side effects. Since the United States announced a temporary suspension of intellectual property rights on the patents for commercialized Covid-19 vaccines, the move has drawn protests from European countries and China. The decision is now up to the World Trade Organization (WTO), and if 164 member countries agree, the IP on Covid-19 patents would be waived.

The process may not be easy. There are over 220,000 patents on mRNA technology in the United States, over 59,000 in Europe and over 94,000 in Japan. Robert Langer, co-founder of Moderna in 2010 and one of the prestigious 12 Institute Professors at MIT, owns or is applying for 1,400 patents on mRNA engineering. After acquiring more than 270 U.S. patents on mRNA technology, Moderna has applied for 600 patents in the rest of the world. Germany’s BioNTech, established in 2008, owns 200 patents exclusively or jointly. Germany’s CureVac — which has 700 global patents, including in the United States — is waiting for the European Union’s approval of its patents for mRNA vaccines.

The custom-made messenger RNA based on modified nucleosides was pioneered by biochemist Katalin Kariko and her colleague Drew Weissman through their published work in 2008, placing the foundational patents with the host, University of Pennsylvania. Kariko became the senior president of BioNTech, which owns her patent, and is dubbed to be a strong candidate for this year’s Nobel Prize in Chemistry. Moderna has signed a sub-license on their joint patent, while BioNTech has an in-license deal. Germany’s CureVac engaged in mRNA technology and other drugmakers have filed opposition in the European Patent Office over the patent claims. 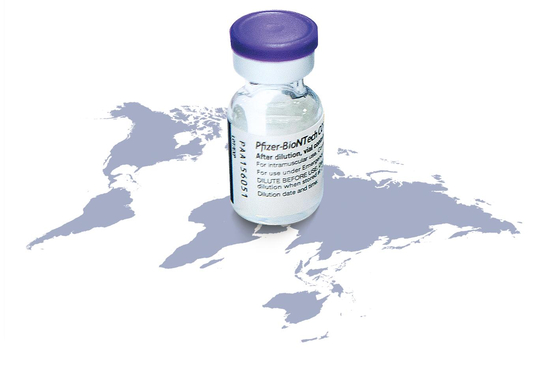 The dispute over the IP waiver requires a look at the trajectory of the Trade-Related Aspects of Intellectual Property Rights (TRIPs) pact of the WTO that went into effect in 1995. The agreement requires WTO members to provide protection for a minimum 20 years — even longer than the usual 14-year patent duration in most countries — and copyrights for lifetime and 70 years after death. Since the multinational IP rule covering patents, trademarks, copyrights and design rights went into effect, patents that hovered below 1 million cases before 1995 jumped to 30 million in 2016 alone. Registered patents total 12 million cases. IP filings in 2019 reached 19.8 million cases.

Since TRIPs, royalty income from patents surged. IP-related income for multinational companies have been rising. Costs for patent filings, maintenance and legal disputes also has increased sharply. The CRISPR genome editing that earned its inventors the 2020 Nobel Prize in Chemistry has been involved in a patent war for eight years. So-called “patent trolls” have emerged, pocketing riches from patent suits through purchases of IPs without their own technology or manufacturing capacity.

In the meantime, public funding for basic science and R&D have snowballed, widening the gap among countries. Due to increased IP rights, public service of IPs also has become commercialized. Exclusive rights to patented technology has somehow impaired an innovation drive. For instance, steam vessels and trains were commercialized only after 1800 after the patents on the invention by Boulton and Watt expired.

IP must be protected to promote inventions and innovations. The necessity to create and promote a market exists in any age. But against the present global challenges in health and climate, we must ask if the IP provisions drawn up in the 1990s are really appropriate in today’s context. IP is abundant, but it cannot be shared. It is a pity we cannot find a global partnership to share IP to address to multiple common challenges for the global community.