IBK advised to reimburse up to 80% of Discovery losses

IBK advised to reimburse up to 80% of Discovery losses 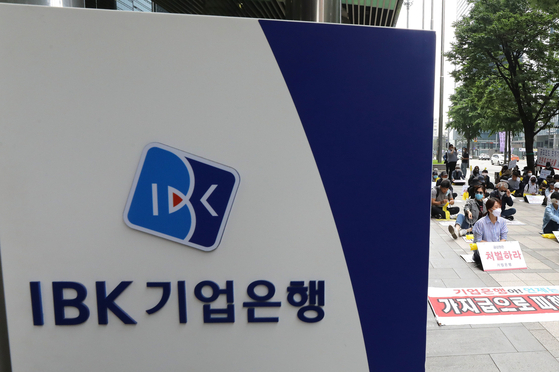 Investors protest in front of the main branch of the Industrial Bank of Korea in Jung District, central Seoul, last year. [NEWS1]

State-run Industrial Bank of Korea (IBK) should reimburse up to 80 percent of losses related to funds structured by Discovery Asset Management, according to a recommendation from the Financial Supervisory Service (FSS).

According to the regulator Tuesday, its dispute settlement committee set the reimbursement rate for individual investors who signed up for Discovery funds through IBK at between 40 and 80 percent.

While some of the principal invested in the IBK-sold Discovery funds has been recovered by investors, there is still 76.1 billion won ($67.8 million) not yet returned, according to the FSS.

The bank sold Discovery Asset Management funds that invested in Direct Lending Investments, a U.S. asset management company that is the subject of a U.S. Securities and Exchange Commission complaint and is now in receivership.

If IBK accepts the advice from the dispute settlement committee, which is not legally binding, it will start negotiating with investors to compensate them for losses not otherwise recovered already.

For IBK, the FSS committee chose two cases, which can be used as precedents for other disputes.

The committee told the bank to reimburse 64 percent of an investment into the Discovery US Fintech Global Bond Fund by a small company. The sales staff of IBK described the high-risk fund to be a safe product and falsely stated the investor was seeking aggressive investments.

The committee also told the bank to reimburse 60 percent of an investment into the Discovery US Real Estate Senior Bond Fund by an individual investor for selling the product without properly explaining the high risks of investing into the fund.

From these cases, the committee set the range at 40 percent to 80 percent.

Apart from IBK, there are two banks and nine brokerages that sold two types of problematic Discovery funds. FSS said it will settle disputes related to the remaining institutions in the near future by referring to the IBK decision.