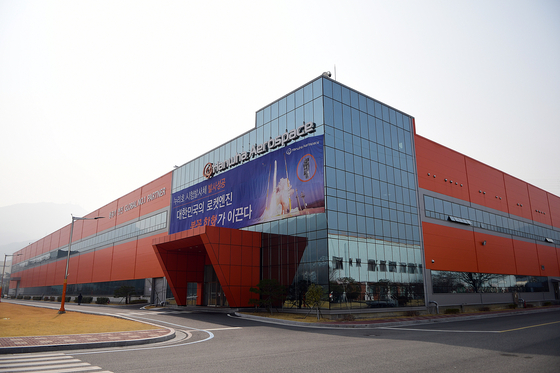 
Hanwha Aerospace has won a $320 million order from GE Aviation to supply aircraft engine components, marking the first major deal for the company since the Covid-19 pandemic broke out.

The parts will be installed as part of GE Aviation’s main GEnx engine, as well as the GE90 and LM2500 that are deployed for different military and private aircrafts.

The order came amid a scarcity of contracts in the wake of the pandemic that crippled the tourism and aviation industries.

In contrast to 2019, when Hanwha signed a string of big deals with the world’s leading engine makers — GE, Rolls Royce and Pratt & Whitney — it was empty-handed last year due primarily to the coronavirus pandemic.

Demand for commercial aviation will likely rebound with the rollout of vaccines and lower cases in some parts of the world.

“We are expecting the gradual improvement in demand for aviation alongside the increased inoculation and resurgent interest in inbound traveling,” a source at Hanwha Aerospace said in a statement.

“In line with the recovery, [Hanwha Aerospace] will forge deeper ties with the three global engine manufacturers and scale up the aircraft engine industry."

Back in November 2019, Hanwha Aerospace signed a $300-million deal with GE Aviation to supply aircraft engine parts, after clinching a $1 billion- deal to provide its parts to British airplane engine maker Rolls-Royce for 25 years earlier the same month.

The orders follow a $1.7 billion-agreement in January 2019 with U.S.-based Pratt & Whitney to supply aircraft engine components for 40 years.