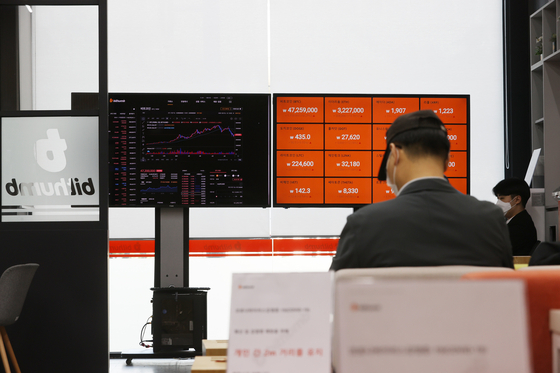 A board shows the trading price of bitcoin at the cryptocurrency exchange Bithumb in Gangnam District, southern Seoul, on Tuesday. Bitcoin, which has recently been dropping sharply, even halving compared to its peak earlier this month, has since been recovering. News of the new Bitcoin Mining council, spearheaded by Tesla chief Elon Musk and MicroStrategy chief Michael Saylor, meeting with bitcoin miners in North America was considered a key factor in the recovery of cryptocurrencies. [YONHAP]

Beware of the mask, Musk

Creativity and innovation is key

In a crisis, gold proves its mettle as bitcoin loses its luster