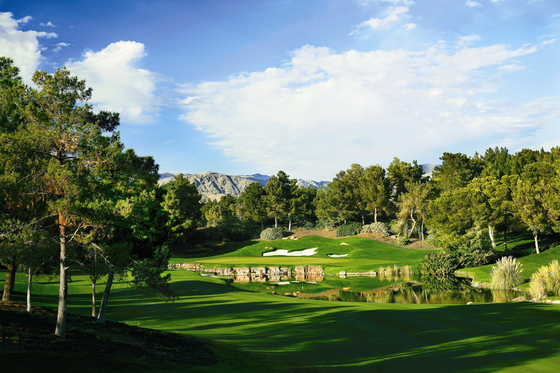 
World No. 1 Ko Jin-young, No. 2 Park In-bee and No. 3 Kim Sei-young will all make an appearance at the inaugural Bank of Hope LPGA Match-Play held from Wednesday to Sunday at Shadow Creek Golf Course in Las Vegas, Nevada.

The new Bank of Hope tournament is a chance for the world’s top three golfers to demonstrate their strength in the only match play tournament on the LPGA Tour.

Unlike the more common stroke play, where all golfers compete against each other in an attempt to achieve the fewest strokes at the end of all four rounds, in match play, golfers compete to win each hole.

Regardless of the difference in number of strokes, a player earns one point for a win. If the score is five holes to four, the winning golfer is one-up.

Golfers may be strategically more aggressive in match play because winning each hole is the priority, rather than keeping the total number of strokes to a minimum.

In other words, golfers are more likely to play harder shots that they might have attempted to avoid in stroke play, like aiming straight for the pin despite hazards or a patch of rough.

Golfers initially compete in groups of four and only advance to the later stages of the competition by topping their group. This localized competition also adds a mental game that differs from stroke play. 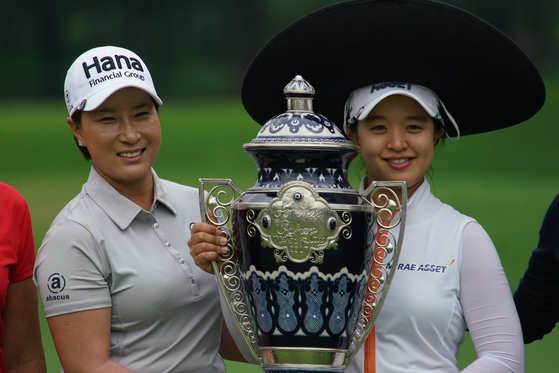 Kim Sei-young, right, holds her trophy wearing the Mexican sombrero next to golf star Pak Se-ri at the Lorena Ochoa Invitational on May 7, 2017, in Mexico City, Mexico. [JOONGANG ILBO]


Kim has previously won a match play tournament on the LPGA Tour. She won the Lorena Ochoa Invitational in 2017, the only year that the tournament was played as a match play.

Park is also known to enjoy the uncommon format. She won the only KLPGA match play tournament, the Doosan Match Play Championship, in 2018.

Ryu So-yeon and Park Sung-hyun, also champions of the Doosan Match Play in 2009 and 2016, will be teeing off at the Shadow Creek Golf Course on Wednesday.

At the Bank of Hope Match-Play, the 64-player field will be divided into 16 groups of four players.

The five-day event starts with three days of round-robin matches where the golfer who wins the most holes of each group will make the final 16-player bracket.

On the last two days, the tournament will proceed with elimination matches to determine the two players who will face off in the title match on Sunday.

A total of 13 Korean golfers will compete at the match play.

As the top three seeded players, Ko will tee off in Group 1 alongside Anna Nordqvist, Caroline Masson and Natalie Gulbis, Park in Group 2 alongside Gaby Lopez, Celine Boutier and Jennifer Chang and Kim in Group 3 with Brittany Altomare, Yu Liu and Ayako Uehara.

Kim Hyo-joo has the sixth seed, and will tee off in Group 6 alongside Megan Khang, Jenny Shin and Alison Lee.

Ryu will each tee off in Group 11 where three out of the four golfers are Koreans. Ryu will face Lee Mi-rim, Ji Eun-hee and Ryann O’Toole.

Park Sung-hyun tees off in Group 15 alongside Sophia Popov, Oh Su and Park Hee-young, while Lee Jeong-eun starts in Group 14.

Hur Mi-jung tees off in Group 10 and Lee Mi-hyang in Group 7.