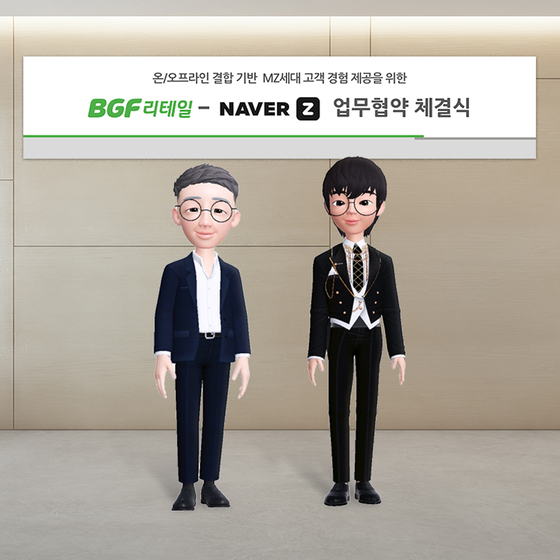 
BGF Retail signed a big metaverse deal, appropriately in the metaverse itself, with CEO Lee Keon-jun and Kim Dae-wook, CEO of Naver Z, meeting in the virtual world to formalize the cooperation between the companies.

A metaverse is a virtual space where people can guide avatars and interact with other visitors and with the virtual environment.

In the deal announced Wednesday, BGF’s CU convenience store is establishing a virtual branch in August within Naver’s Zepeto metaverse, in a virtual setting next to a virtual Han River, which is a popular spot in the metaverse. On the virtual Han, there are chairs, tables, grass, a square and a stage.

More virtual CU branches are scheduled to open at schools and subways in Zepeto.

Avatars will be able to stop at the stores, look the virtual products and interact with other avatars.

CU is the first retailer to be featured on Zepeto, which has around 200 million accumulated users worldwide, with 90 percent of them in their teens. Eighty percent of the users are outside Korea.

For the time being, the virtual world will have no connection to the real world.

“CU’s primary goal in entering Zepeto at this point is to inform teenagers of its private-branded goods by featuring them on the app,” said Kim Seong-mo, a spokesperson for BGF Retail. “Once technologies are further developed, CU plans to connect online and offline user experiences, like making products featured in the metaverse available at offline stores.”

Naver is currently in negotiation with other retailers that hope to enter the Zepeto virtual universe, but the company did not reveal their names.

Zepeto has already become a popular world for fashion businesses to connect with young consumers, who can buy apparel for their avatars. 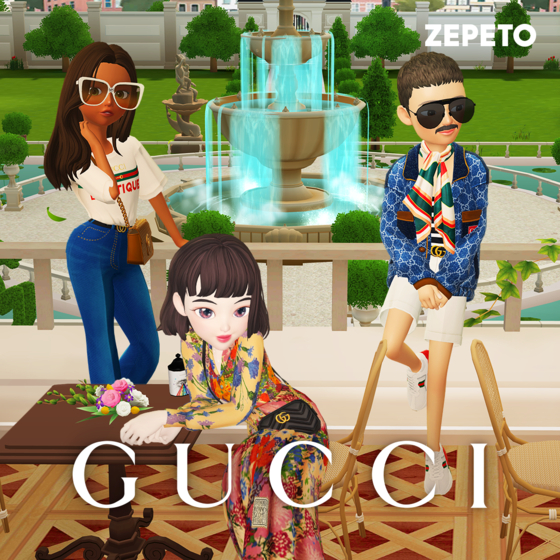 
MLB, a domestic fashion brand operated by F&F, is also on Zepeto.

Forms of partnerships are diverse.

Samsung Electronics is offering cyber money that can be used in Zepeto to people who buy a Samsung Galaxy A32.

Metaverses have become popular with young people as a result of the pandemic, said Lee Dong-ryun, an analyst at KB Securities. “They are a useful marketing channel because items sold can be shared on social media and used to create secondary content.”