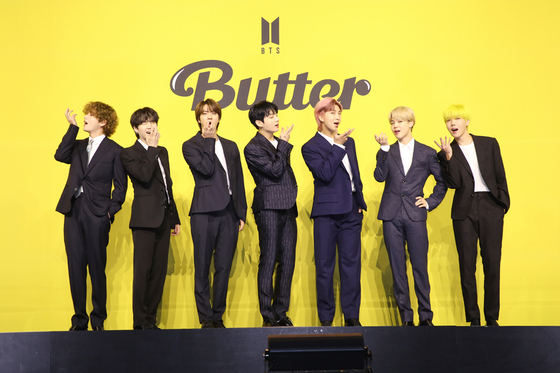 The music video for the track had over 108.2 million views on YouTube in the 24 hours since its release on May 21, becoming the most-viewed video by a K-pop group in 24 hours and the most viewed YouTube music video in 24 hours.

During the video’s premiere, it drew 3.9 million concurrent viewers, breaking the record for the most viewers for the premiere of a music video on YouTube.

On Spotify, it racked up over 10.1 million global streams and became the most streamed track on Spotify within the 24 hours of its release, beating out the previous record of 64,946 streams from “I Don’t Care” by Ed Sheeran and Justin Bieber.

In total, BTS's was streamed 16.3 billion times on Spotify as of April 27, becoming the most streamed group on Spotify. British band Coldplay previously held this record with 16.1 billion streams.