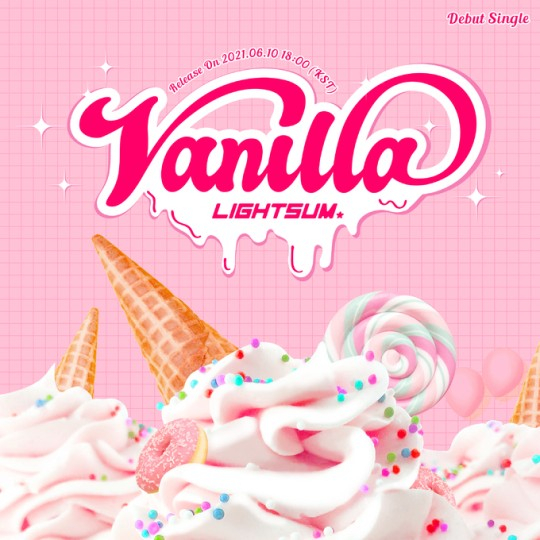 At midnight Thursday, the agency released a poster for the group's debut single "Vanilla" on social media.

The poster prominently features the word "Vanilla" in a large calligraphy-like font above swirls of ice cream on which a number of confectioneries are strategically placed.

Lightsum is the agency's first new girl group in three years. After the group's debut was finalized, the agency started releasing various short segments about the members on social media.

The debut single "Vanilla" will be released via streaming services at 6 p.m. on June 10.