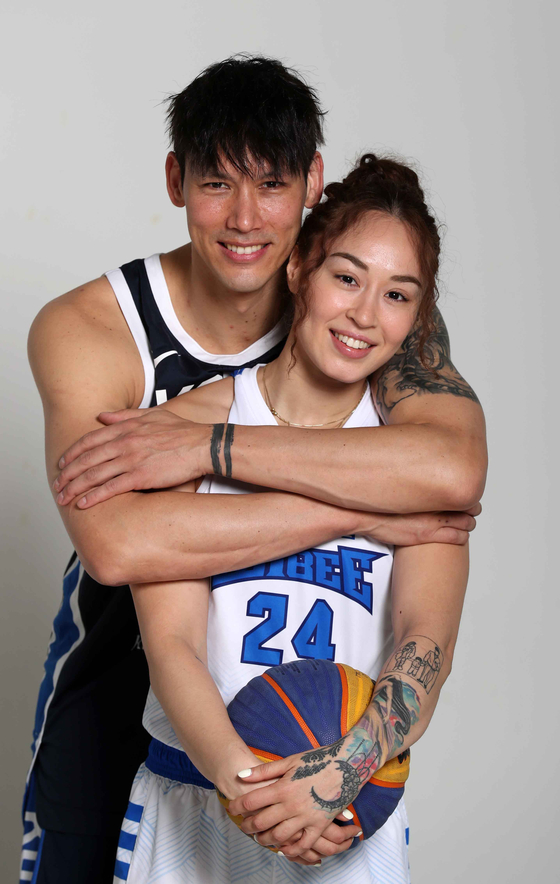 
The Covid-19 pandemic meant that newlywed basketball stars Kim Sonia and Lee Seung-jun didn't get to have a proper wedding or a honeymoon when they got married last year, but they are planning a trip together this summer.

Kim will compete at the Tokyo Olympics representing Romania in women's 3x3 basketball, and Lee is hoping to join her there if the Korean men's 3x3 team can earn a spot at the Qualifying Tournament in Graze, Austria this weekend.

The couple met in 2019 and tied the knot last year, but had to postpone their wedding ceremony twice due to the Covid-19 pandemic.


Kim, a Korean-Romanian, played in Korea from 2012 to 2014 with the Chuncheon Woori Bank Hansae, now the Asan Woori Bank Wibee. She was part of the 2013 squad that swept the season, winning both the WKBL regular season and championship.

Kim is currently a shooting guard for Sleza Wroclaw in the Polish basketball league and for the Romanian women’s national 3x3 basketball team. As Team Romania qualified for the Olympic Games on Monday, finishing fourth at the FIBA 3x3 Women’s Series 2021, Kim is headed to Tokyo to represent Romania. She is currently in Romania training with the national team.

“I video call my husband four or five times a day, but it’s not nearly enough,” said Kim. “I think I shoot better when he cheers me on”. 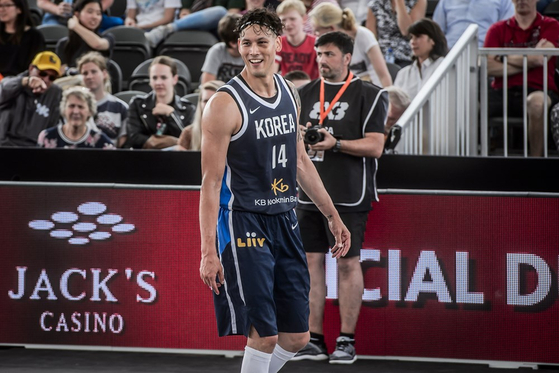 
Lee is currently in Graze, Austria with the Korean national team, attempting to earn an Olympic berth at the 2021 FIBA 3x3 Olympic Qualifying Tournament, alongside teammates Kim Min-seob, Park Jin-su and Park Min-su.

“Sonia tells me that its already impressive to have joined the national team at 43,” Lee said. “She keeps insisting that I should do my best but never get hurt.”

After spending time apart, the basketball stars are hoping to meet up in Tokyo.

“Tokyo is going to be our honeymoon” Kim said. “The Olympics was my dream since I was a child and I hope I get to go to the big stage with my husband.”

“I will work wonders to join my wife in Tokyo.” Lee said.

Unlike the traditional game of basketball, 3x3 basketball is played on a half court with only one basket and a slighter smaller ball. There are three players for each team with one substitute. The competitive sport has its root in street basketball, with an International Olympic Committee report finding that 3x3 basketball is the most popular urban sport in the world.

Rather than the three points and two points in traditional basketball, a shot from beyond the arc in 3x3 is worth two points, whereas a shot made inside the arc is worth one. The first team to score 21 points within 10 minutes wins. If neither team reaches 21 points, the team with the highest score wins.

Team Korea needs to finish at least third out of the 20 countries in the the Olympic Qualifying Tournament in order to advance to the Tokyo Olympics.

Team Korea is world No. 23 and will play against No. 17 Belgium and the No. 2 United States today and will face No. 35 Kazakhstan and No. 6 Lithuania on Saturday.

Afreeca TV will broadcast Korea against Belgium at 7:15 p.m. and against the United States at 10:35 p.m. today. On Saturday, the game against Kazakhstan will be broadcast at 6:15 p.m. and the one against Lithuania at 9:20 p.m.