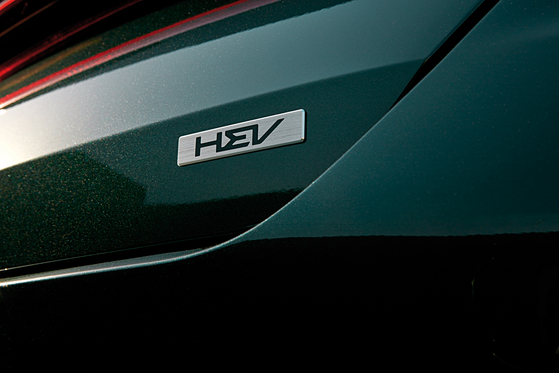 Exports of eco-friendly vehicles by Korean automakers jumped by 47 percent in the first four months of 2021 on year on strong demand for hybrids.

According to data from the Korea Automobile Manufacturers Association (KAMA) Monday, automakers in Korea exported a total of 118,796 eco-friendly vehicles, which includes hybrid, plug-in hybrids, battery electric and fuel-cell electric vehicles, during the Jan.-April period, a 46.6 percent year-on-year jump.

Korea sold 68,443 eco-friendly vehicles to Europe, up 16.9 percent on year. Deliveries to Europe were 57.6 percent of the total.

New hybrid and plug-in hybrid models by Hyundai Motor and Kia contributed to the strong exports.

Hyundai Motor started selling hybrid versions of the Avante sedan and Tucson SUV last year. The plug-in hybrid version of the Santa Fe SUV from Hyundai and the Sorento SUV from Kia were also made available in select overseas market from early this year.

Among Hyundai Motor's hybrids, the Kona Hybrid SUV was the most popular model in the overseas market, with 11,648 shipped this year as of April, followed by hybrid versions of the Ioniq, Tucson, Santa Fe and Sonata.