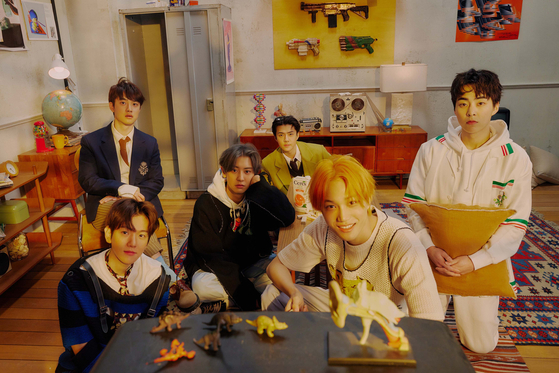 
A special digital exhibition will open in celebration of boy band Exo's upcoming album "Don't Fight the Feeling" to drop on June 7, giving fans all over the world a chance to enjoy the band's new music and related content for free online.

According to the band's agency SM Entertainment, the digital exhibition will open on June 15 as a collaboration with Korean mobile carrier LG U+ that will be available on the U+ VR mobile app, free of charge.

Six different content themes have been created based on the album concept, and viewers will be able to get a peek at photographs, behind the scenes videos and much more through virtual reality (VR) technology.

The agency is offering special early-bird rewards to people who book the exhibition in advance until June 14.

Exo will also release the first episode of its new web entertainment show "The New Exo Arcade Season 2" on its official YouTube channel at 8 p.m. today.

Exo's album will feature five tracks including the title track "Don't Fight the Feeling," as well as an up-tempo pop track "Paradise."