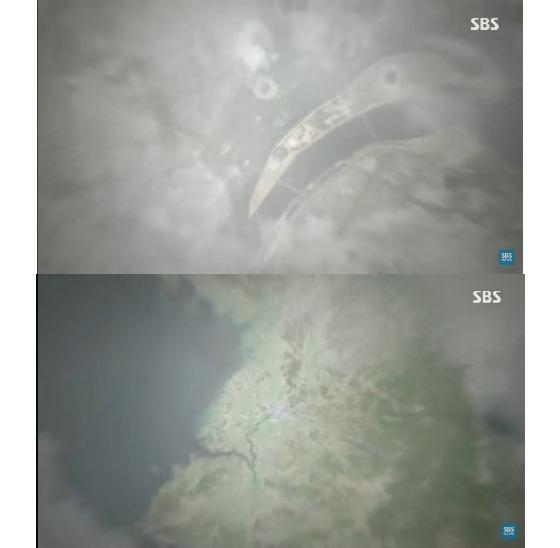 A video clip introducing the 2021 P4G Seoul Summit screened at its opening ceremony Sunday showed a satellite imagery of Pyongyang instead of Seoul. [SCREEN CAPTURE]


A video clip introducing the venue of the 2021 P4G Seoul Summit screened at its opening ceremony Sunday showed a map of Pyongyang instead of Seoul, raising some controversy.

The video clip played at the ceremony at the Dongdaemun Design Plaza (DDP), just ahead of Korean President Moon Jae-in’s opening remarks, introduced the goals of the climate summit, participating countries and the host city of the conference, Seoul.

However, in a panorama view of a map of Korea which zooms out to show the entire globe, the starting point turned out to be Pyongyang, not Seoul.

The video goes on to introduce that “Leaders of the world are gathered here today” and list heads of state and chiefs of international organizations participating in the two-day hybrid virtual and in-person P4G Summit. The opening ceremony was broadcasted live and streamed both on the P4G Seoul Summit’s official website and its YouTube channel for a global audience.

P4G, or Partnering for Green Growth and the Global Goals 2030, is a global initiative that seeks solutions for climate action and aims to deliver on the UN Sustainable Development Goals (SDGs) and achieve carbon neutrality.

The inaugural summit was held in Copenhagen, Denmark, in October 2018, and Seoul is the second host. The second P4G Summit was set to be held in 2020 but was pushed back a year because of the Covid-19 pandemic.

This marks the first large-scale international event held by the Korean government since the pandemic, involving 47 heads of state and high-level officials and 21 chiefs of international organizations.

Moon, who participated in the summit at the DDP, has also actively promoted the P4G Summit and appeared in a special Blue House promotional video Thursday. He drove a hydrogen-powered car on his way home Friday, advocating the use of eco-friendly vehicles.

The map of Pyongyang in the opening ceremony video clip has been drawing backlash from opposition lawmakers.

“It is astonishing that this happened at the biggest diplomatic event held in Korea this year,” former Vice Foreign Minister Cho Tae-yong, a lawmaker of the main opposition People Power Party, told the JoongAng Ilbo Monday. “It is unacceptable.”

He continued, “Usually, three or four rehearsals for an event of this size are held, thus it is difficult to comprehend that dozens of people would have seen this video, but no one was able to filter it out. The Blue House protocol line in charge of the event must be held accountable.”

The Blue House acknowledged that Pyongyang was indeed shown in the video but said it had not been involved in its production.

A key Blue House official told the JoongAng Ilbo, “The P4G Summit Preparatory Office commissioned an outside company to produce the video. The video briefly includes Pyongyang, but there was no special meaning for it. It is not a video that the Blue House was involved in.”

The Ministry of Foreign Affairs in a statement Monday afternoon on the video clip acknowledged that “an incorrect satellite map was inserted during the editing process.”

The P4G Seoul Summit Preparatory Office admitted that the “incorrect starting point” was used in the zoom-out effect used for the satellite imagery of the Korean Peninsula to the globe in the process of highlighting the participation of global leaders.

It added that the “error was made by the video producer in the process of editing and revising the details of the video right up to the event.”

The Preparatory Office said that measures were immediately taken to correct the error in the video on the YouTube channel and P4G website. It added that it will take "thorough precautions" to prevent a recurrence of such an issue.