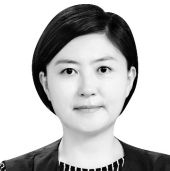 Park Soo-jung
The author is the secretary general of the Citizens Coalition for Better Government.


Public rage nears a boiling point. Government employees have added fuel with their wealth buildup through the special housing program in the Sejong after the scandalous property shopping spree by employees of Korea Land and Housing Corp. The case of the Customs Valuation and Classification Institute under the Korea Customs Service was ingenious. It built a new headquarters in the city at 17.1 billion won ($15 million), which was not needed or used at all, to allow its employees to apply for special housing quota for relocated government employees.

The Board of Audit and Inspection (BAI) embarked on its own investigation separate from the ongoing probe by the Prime Minister’s Office. The Ministry of Strategy and Finance, the Ministry of the Interior and Safety, the Ministry of Land, Infrastructure and Transport, and the National Agency for Administrative City Construction all fall under the BAI investigation. The three opposition parties have called for a parliamentary probe, while society demands preferential housing programs for government employees be scrapped immediately.

The fallout could have been avoided if all the problems with the special housing program for civil servants had been addressed long ago. The program was a kind of incentive for government employees who had to move out of the capital area under the government policy to create innovative cities and Sejong for balanced development of the nation.

The idea itself had not been fair and natural. The Moon administration’s sloppy response to the spike in housing prices also worsened public sentiment to trigger demands for revamping the special housing program.

The bureaucratic community internally is moving to leave what has already been done because seizure or nullification could lead to a string of lawsuits. But public opinion disapproves of a bad precedent. In a recent meeting, the government and ruling Democratic Party (DP) agreed to scrap the program in Sejong.

But a hasty makeshift action cannot appease the public anger. The government must fix the problem from the foundation to prevent questions on fairness and justice, the main slogan of the Moon Jae-in government.

The causes of the fallout and liability must first be identified to draw a fundamental and comprehensive solution. Without a reforming move, the credibility of the entire government could sink.

Let’s take the case with the customs institute as an example. The customs office tried hard to go ahead with the construction of a new building for its affiliate, though it is not needed, in Sejong, and the finance ministry budgeted the project without any reasonable grounds. The Ministry of the Interior and Safety filed for an audit in 2018 after the construction of the new building was already half done. The agency overseeing the relocation and building of the new administrative city also permitted the employees of the customs institute to apply for the special housing program.

The BAI wrapped up its audit by asking the related ministries to talk the matter out. The entire process suggests the administration serves more for the interest of government employees than for the citizens.

The customs institute’s case amounts to speculation and profiteering through the use of public office. It is not just unfair but undermines the credibility of the entire public administration. All the offices concerned must look back on their follies and come up with means and guidelines to undo the wrong.

Excuses cannot pardon them. They must not try to wiggle their way out of the mess. The government’s probe led by the Prime Minister’s Office and police investigation have been slow-moving. The government must use the momentum to carry out a comprehensive probe on all housing programs for civil servants in innovative cities and in Sejong. Extraordinary privileges for government employees that had been taken for granted must be thoroughly and objectively examined.

Public skepticism and distrust in government policy and in government employees have been augmented by a series of mammoth scandals.

Apathy towards the public sector could impair social trust. The Moon administration must come up with measures that can effectively convince the people.

[WHY] What's in a name? For Korean apartments, an awful lot.