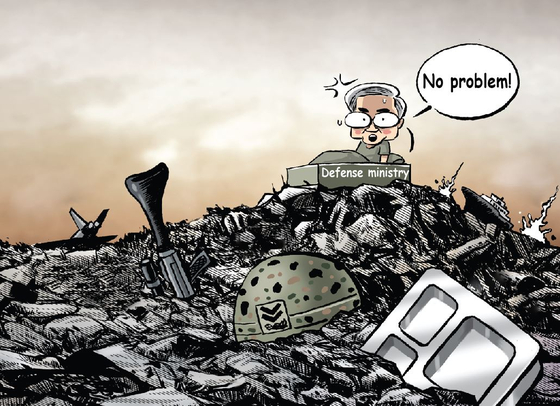 The prototype of the KF-21 Boramae, Korea’s first indigenously developed fighter jet, is being dismantled two months after a much-hyped unveiling ceremony attended by President Moon Jae-in on April 9. The military has been under attack for many problems, including malfunctioning weapons, sexual violence, poor meals for soldiers, and the recent misfiring of a shell around a passenger vessel in a drill. [PARK YONG-SEOK]