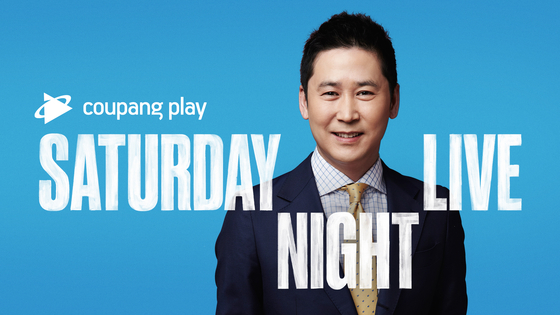 A poster for Saturday Night Live Korea. The show will be exclusively offered to Coupang Play users sometime this summer. [COUPANG]


Coupang is said to be the Amazon of Korea. Now it’s trying to create an Amazon Prime Video of its own.

The New York Stock Exchange-listed e-commerce company has poured tens of billions of won into Coupang Play to attract customers to both the streaming service and the company’s delivery service. Members of Coupang’s Rocket Wow program – a subscription service like Amazon Prime – can watch videos for free.

The company is teeing up a raft of programming to give the viewers something to view. Its reboot of Saturday Night Live Korea will be on Coupang Play this summer. Oscar-winning "Minari" will be streamed on the service from June 30. So far, it has only been available on a pay-per-view basis. Coupang Play is also the exclusive online broadcaster for Korea's World Cup qualifying matches against Sri Lanka and Lebanon on June 9 and 13.

Other retail companies that don't have their own streaming platforms are more active on YouTube. They post videos on their products with a comedic aspect and sometimes include no advertising at all. They are just aiming to develop a positive image.

Lotte Group teamed up with comedian Lee Sang-jun and has been uploading a video series on YouTube since March. In every video, Lee is given a certain product to work with. The comedian’s humor attracted viewers, garnering some 500,000 to 600,000 views per video.

Lotte Department Store has a separate channel, Hauteur the day, in which Chuu of girl group Loona stars in a YouTube series called "Hauteur: Mission Complet-chuu." Chuu goes around the retailer's department store and company headquarters asking questions and playing games with the passersby, casually advertising products and corporate culture to the viewers. Emart introduced a YouTube series with comedian Hong Yun-hwa on May 21, where she meets various guests and makes hearty home cooked meals with them. 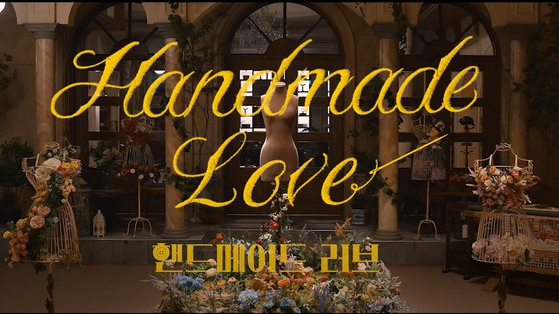 Handmade Love, a web-drama series produced by The Handsome. [SCREENCAPTURE]

The series was first uploaded to YouTube in December last year and aired on tvN in January. It now has some 3.1 million views.

“We kept in mind that young Koreans don’t like blatant advertisements on TV shows and YouTube videos, and tend to have their own ways of developing a preference,” said a spokesperson for The Handsome. “We strategically placed clothes of our brands without directly displaying the company names or logos, making the viewers naturally develop interest towards the products.”

For companies, videos with entertainment purposes are more effective than videos with direct advertisements as they tend to bring out more positive responses, such as likes, comments and more subscribers. With many of the viewers being young Koreans, more companies are putting in the effort to develop unique video series.

Convenience stores are also joining in.

GS25 has a running series “Need Education,” starring comedian Lee Yong-jin and rapper Bassagong. The two are given challenges such as pole dancing, D.J.ing and Pilates, while GS25 products are plugged. The convenience store chain brought girl group Brave Girls to host an online fan meet on the GS25 YouTube channel in April.

Although CU doesn’t focus on a running series, the company frequently invites celebrities such as songwriter Don Spike and Egg Kim of viral military reality show “Fake Men” to taste their new product releases or try working as a CU part-time worker for a day.