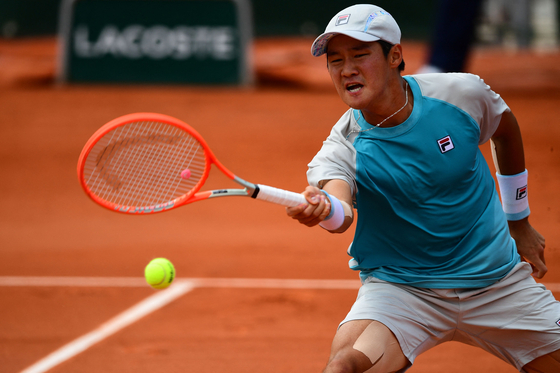 Korea's Kwon Soon-woo returns the ball to Italy's Andreas Seppi during their men's singles second round tennis match on Day 5 of The Roland Garros 2021 French Open in Paris on Thursday. [AFP/YONHAP]


Korean tennis player Kwon Soon-woo has advanced to the third round at the French Open, beating world No. 98 Andreas Seppi of Italy in straight sets on Thursday.

Kwon now advances to the third round, where he will face a serious challenge from world No. 9 Matteo Berrettini of Italy.

Berrettini has also never made it past the third round at the notoriously gruelling French Open.

The two are expected to face off on Saturday.