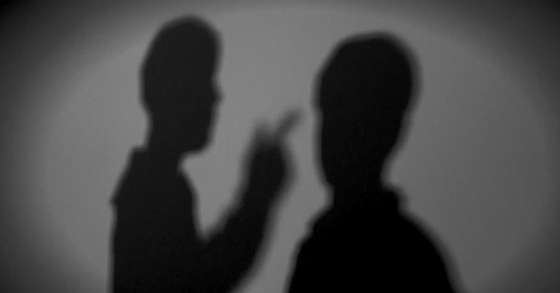 
Recent incidents of workplace bullying at big IT firms have highlighted toxic corporate culture, and small startups prove to be no different.

“[My former] CEO said that there’s no need to abide by the Labor Standards Act because we’re a small startup,” an employee told Gabjil 119, a civic organization for workplace harassment. The employee, who wishes to remain anonymous, worked at a startup company and was recently fired. Gapjil is a Korean term that refers to power abuse.

According to the civic group, the employee was bullied by the CEO for two months. Despite arriving early at 8 a.m. and working until late at night and even on the weekends, the CEO mocked him in front of the staff, saying he was working late because of low productivity. The ex-employee had to write a written apology due to the CEO's claim that he was under-performing.

Public attention was drawn to IT and tech firms early this year. On May 25, a Naver employee committed suicide after leaving a note saying that he was overwhelmed by stress at work. Kakao also came under fire in February after an alleged Kakao employee went on Blind, a social media platform for working employees, claiming the employee was planning to commit suicide due to workplace bullying. Although Kakao said that no one took their lives on the day the post was uploaded, other workers went on the social media platform to expose kakao's corporate culture. Posts said the company’s performance appraisal system is too harsh, even asking questions such as “Do you want to work with this employee?” and showing each employee in which percentile they stand in terms of preference.

Some say that tech companies have gone too extreme with their performance-oriented culture, and smaller startups are no different.

“Based on our consultations with startup employees, there are a lot of startup CEOs that are overly meritocratic,” said a spokesperson for Gabjil 119. “The CEOs tend to think they’re more talented than others, having no guilt towards ridiculing or verbally abusing under-performing employees and even cutting their salary or kicking them out.”

Among the 1,014 reports received by Gabjil 119 between January and May, 532 are those related to workplace harassment. Of those, 52.5 percent claimed discrimination and bullying, and 52.3 percent said they were harassed by being assigned unreasonable tasks. Physical and verbal abuse was claimed by 51.1 percent and slander by 37.8 percent. Multiple answers were allowed.

Of the 200 people who have reported workplace bullying, or 39 percent, said they weren’t given proper protection nor were sufficient corrective measures implemented. A total of 62 people faced more unfavorable treatment after reporting the issue.

“Contrary to common perception, IT companies and startups tend to demand higher performance from employees than other private firms,” said Kwon Doo-seob, head of Gabjil 119. “Only a small number of high performing employees benefit from such a corporate culture, and companies need to focus on treating individual employees well.”

“The company assigned work that had nothing to do with my job and past experiences, but startups tend to be like that, so I still did my best because I knew that I had no choice,” said a project manager working for a startup company, on the condition of anonymity. “But the CEO vented his anger and screamed at me, humiliating in front of other employees by saying that I was under-performer.”

Another employee also had a similar experience.

“After I moved to a different team in my company, the team leader only gave me trivial tasks and ruled me out from the major projects,” said a startup employee working in content production. “I was mocked in front of others by being assigned tasks normally given to interns, like writing minutes and booking conference rooms.”

Legislative measures are in place, but loopholes exist.

An amendment to the Workplace Harassment Prevention Law will be implemented October 14, subjecting those who are guilty of workplace bullying to a fine of up to 10 million won ($8,996). The new rules oblige employers to conduct an investigation in an objective manner and prohibits any related personnel from revealing details how the victim was harassed. Those who fail to do so will face a fine of up to 5 million won.

The law doesn’t apply to subcontractors, freelancers or small companies with fewer than five employees.

“The government financially supports startups through various government programs, but they should be helping companies develop technology, not authoritative behavior,” said a spokesperson for Gabjil 119. “To crack down on gapjil, they should launch a wide scale inspection on all startups that receive government grants, and keep a close eye on ones found with workplace harassment.”