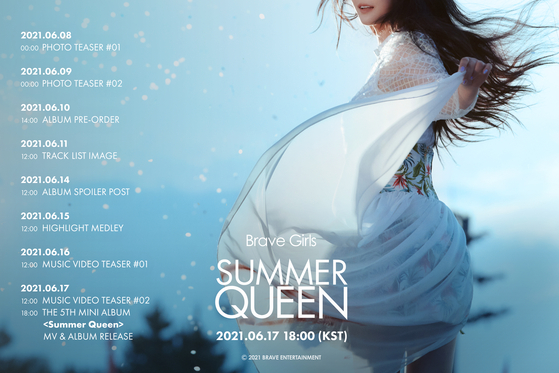 Girl group Brave Girls on Monday announced plans to hype up the release of its new EP, scheduled to come out on June 17, through its official social media channels.

On Tuesday and Wednesday this week, Brave Girls will release teaser photos of their upcoming fifth EP titled “Summer Queen.” On Thursday, pre-order will open for the physical album, and on Friday, the track list for the new project will come out.