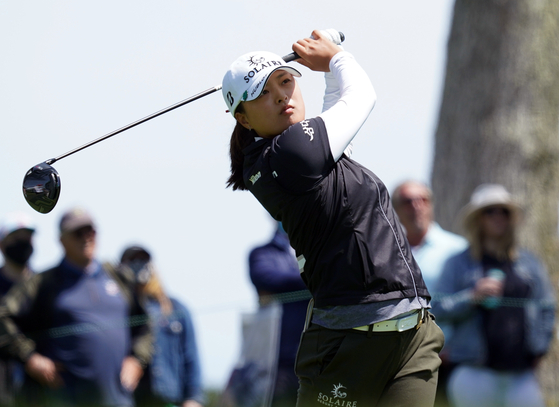 Ko Jin-young plays her shot from the 11th tee during the third round of the U.S. Women's Open golf tournament at The Olympic Club in San Francisco, California on Saturday. [YONHAP]


Ko Jin-young and Park In-bee tied in seventh place on the final day of the U.S. Women's Open held at Olympic Club in San Francisco, California on Sunday.

The Olympic Club’s Lake Course, known for its difficulty, presented a challenge to those competing, included the world's top three players: No. 1 Ko, No. 2. Park and No. 3 Kim Sei-young.

Ko and Park finished seventh with a total of one over par while only five golfers — champion Yuka Saso, second place Nasa Hataoka, third place Lexi Thompson, and joint fourth, Megan Khang and Shanshan Feng — were able to posted 72-hole totals under the par of 284.

Ko got off to a strong start on the final day, birdying par-5 first but then falling short with her putt on par-4 second leading to a bogey. 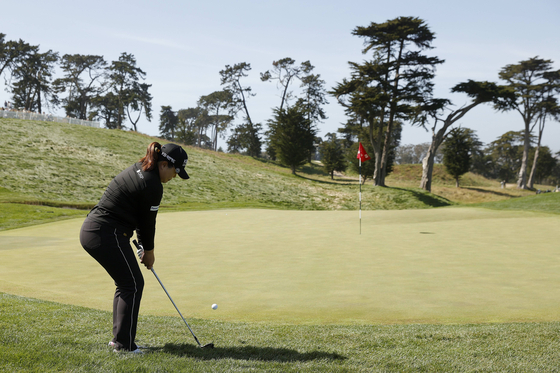 Park In-bee chips on the eighth hole during the third round of the U.S. Women's Open at The Olympic Club on Saturday in San Francisco, California. [YONHAP]


Park struggled in the final round with four bogeys but managed three birdies at par-3 eight, par-4 12th and par-3 13th.

It was Park's 15th appearance at the tournament. She won silverware both in 2008 and 2013, and has been ranked in the top 10 a total of nine times.

For this season, it was Park's sixth time to make it into the top 10 and Ko's fifth.

Lee Jung-eun started the third round in second place, and the final round tied in third but finished the tournament tied for twelfth, two over par.

She had a disappointing final round, making just one birdie on par-3 third where her putt from outside the green was spot on, followed by five bogies. 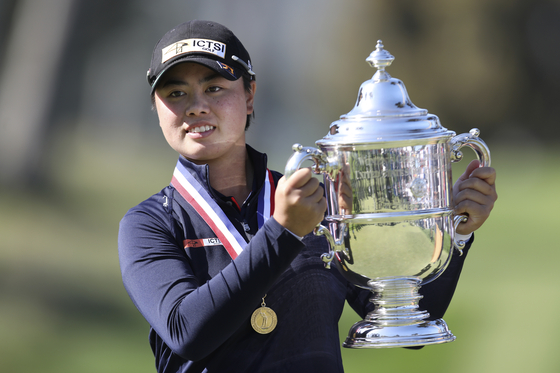 Yuka Saso celebrates her victory during the final round of the U.S. Women's Open golf tournament at The Olympic Club on Sunday in San Francisco, California. She became the first golfer from the Philippines to win a major tournament, [AP/YONHAP]


Saso marked her first major triumph at the Olympic Club. She demonstrated her grit at the event, making a comeback after back-to-back double bogeys on par-4 second and par-3 third while Thompson who held a five-stroke lead with eight holes to play, eventually crashed out with three bogeys and a double.

Saso finished the final round four under par, 280, tied at first with Hataoka, pushing the game to a sudden-death playoff. After tying twice, Saso birdied the third playoff hole to take away her first-ever major victory, and also the first for any golfer from the Philippines.

The LPGA Tour will continue with the Mediheal Championship at Lake Merced Golf Club in Daly City, California that runs through June 10 to 13.