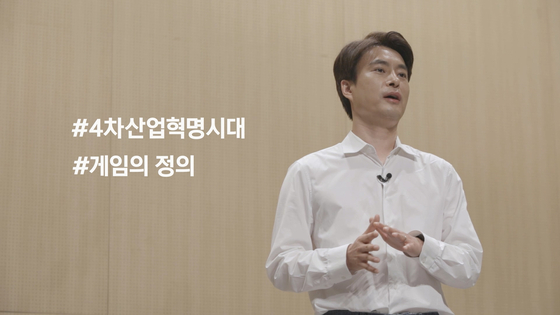 
The next big thing for game developers will be finding ways to boost interaction among users via technology like augmented reality (AR) and cloud-based streaming, Nexon says.

Kim Dae-hwon, a vice president of Nexon Korea, said games fulfill a natural urge for human beings to be connected in a community and receive feedback for their actions and thoughts. Developing technology to better satisfy those needs could make games a daily hobby with more of the general public, he said.

“In the past, game companies only had to compete over a pool of gamers” Kim said during the keynote address at the Nexon Developers Conference (NDC) held online Wednesday.

“But today, we compete against all forms of entertainment. Our mission is to make something that everybody can enjoy, beyond the realm of games.”

Pokemon Go, the AR-game set in the Pokemon world, and Roblox, an online platform where users can upload games they developed and cash in on them, were examples Kim cited of creations that transcended the traditional definition of games.

The only way to boost in-game interactions is immersive technology that breaks the barrier between the virtual world and real life, he added. VR and augmented reality, for example, are already widening opportunities to interact in games in real-life settings.

“Another possible scenario is artificial intelligence software observing the player via mike or camera to unleash a plot that fits his or her preferences,” he said. “Facial recognition technology may help facial expressions to function as a controller.

“Nexon’s development team is putting a lot of thought into this question and some of the features I mentioned are already under preparation for launch.”

An annual event since 2007 and one of the biggest conferences in Korea’s game industry, NDC 2021 took off on Wednesday and will continue through Friday. Due to the coronavirus pandemic, all sessions this year are online.

“Great game creation is not only about tools and technique, it’s also about mindset,” said Nexon CEO Owen Mahoney during a welcome speech.

“If we can’t move beyond our fear of risk, ridicule, and failure, we will never reach our potential to do groundbreaking work. NDC was established to help game industry professionals sort through not just the techniques, but also the subtler challenges of innovation."

NFTs can be used and traded in new games from Nexon