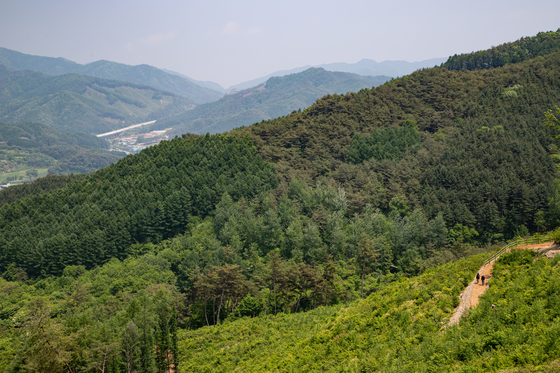 
A 140-kilometer-(86.9-miles) long walking trail around Mount Chiak is finally completely open, after about five years of paving the paths.

The news is especially welcomed by hikers because this particular mountain is known for two things: it is one of the most difficult mountains to hike in Korea because of its steeps trails and it has some of the most breathtaking views in the country. Those who have hoped of experiencing all that Mount Chiak has to offer can now avail of the newly paved paths and an easier access.

Called Mount Chiak’s Dulle-gil, the trail has a total of 11 courses. Of the 140 kilometers, Wonju city of Gangwon is home to about 104.5 kilometers. It also passes through Yeongwol County and Heongseong County in Gangwon. Wonju took the lead to make the new trail, however the other two counties also gave their support. While other dulle-gils, (which can be translated to circular roads) especially the Mount Jiri Dulle-gil which circles around the mountain range, remain inside national parks, the dulle-gil at Mount Chiak goes in and out of the perimeters of the national park. The trail takes hikers to low mountains neighboring Mount Chiak and even goes through the city of Wonju and other small villages in the mountains to offer a variety of scenes.

The first three courses have been open since 2019 and because they lie within the national park, they are relatively well known already. Trails No. 4 to 11 are all new and were first opened last month. The JoongAng Ilbo, an affiliate of the Korea JoongAng Daily, checked out trails No. 8, 9, 10 and 11 to see what they had to offer.

Trail No. 8 starts from Yongsomak Cathedral, a cultural heritage designated by Gangwon provincial government. It was built in 1904 and its original shape remains intact after a century. At one corner inside the cathedral, there are some artifacts which were preserved by priest Seon Jong-wan, a forerunner in translating the Bible and other scriptures.

The trail leads hikers west toward Mount Guhak. You will pass Hanguk Temple and eventually arrive at the Guhak observatory. Some trees were cut down to make the trail to the observatory, and that also provides an open view of the area, including of the villages of Sinnim-myeon as well as Mount Chiak's Biro Peak. Make sure you are well protected from the sun as it is difficult to find shade along this trail.

Mount Guhak, whose ranges are in both Wonju and Jecheon of North Chungcheong, offers its own dulle forest trail, which was opened five years ago. Mount Chiak’s dulle-gil utilized parts of the existing trail of Mount Guhak, as well as paved some new trails to make the walking experience more convenient and comfortable. 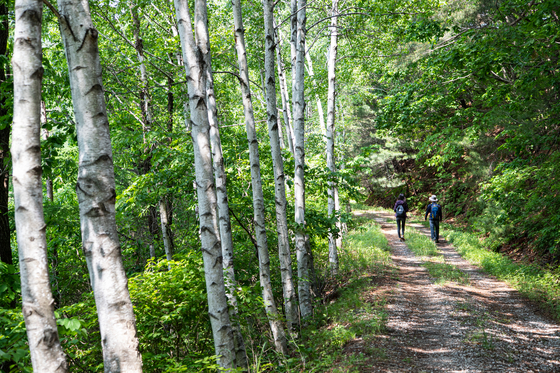 
Trail No. 9 has many birch trees. Throughout the course, that is about 15 kilometers long, hikers never lose sight of the white-trunked trees. The trail has some inclines but is mostly flat.

“I have climbed up Mount Chiak quiet often, but it was tough to continue doing that, so I started to walk the dulle-trail,” said 59-year-old Yu Byeong-sang who was walking the trail. “This is the new trail I’m walking on and I feel refreshed and good.”

Trail No. 9 starts from the Seokdong Jongjeom bus stop in Sinnim-myeon. After a short walk, the forest trail appears. Back in the days when the forest trail was first paved, birch trees were planted along both sides. The trees are not as dense as the birch forest in Inje, Gangwon, one of Korea's best known spots to check out these types of trees, especially in winter.

As you walk along the forest trail, you will see Mount Chiak’s national recreational forest where you can stay overnight. The guest-house facilities first opened in 1994 and five new houses were added last month. 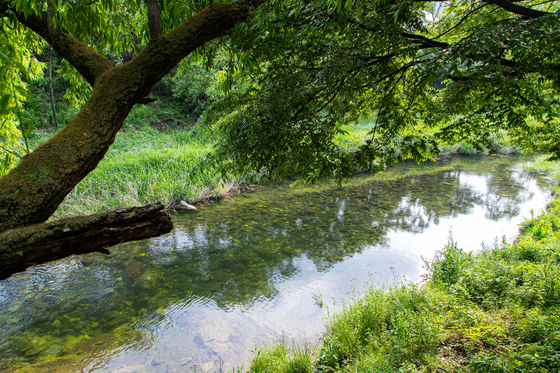 
Trail No. 10 starts from Geumdae Yuwonji. It takes hikers alongside Wonju stream, whose water runs from the Geumdae Valley. You can also see many homes alongside the stream. After you cross Gomnemi bridge, you finally enter the forest trail. From there, you will see many different valleys of all sizes. There is a tale that a bear hunter saw 99 bears climbing up 99 valleys before deciding to run away.

The very last course No. 11 has been popular even before the official opening of the trail due to its proximity to Wonju. The trail is known for its pine tree forest. It was an accidental find during the city’s research on where to pave the walking trail. Officials were walking around forests and were surprised to see a group of pine trees. Many rocks are covered with moss and give a mystical feel as if the forest was kept a secret on purpose.

Santa Claus is coming to town