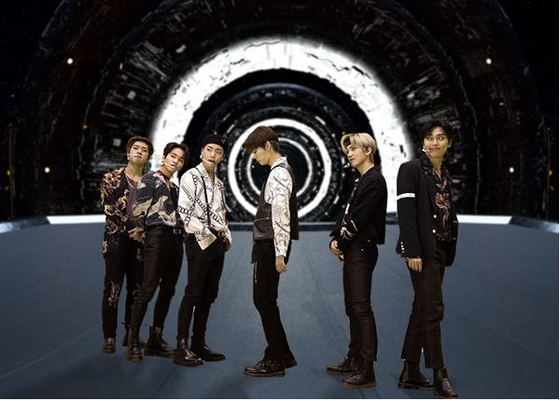 According to ONF's agency Genie Music, “the virtual play album allows fans to experience the band’s concert to a close degree of reality in this era of coronavirus.”

Genie Music said the members have been working hard for the past eight months to create this virtual “new world,” which includes five of the band's hit tracks such as “We Must Love” and “New World.”

“By working closely with Alpha Circle, which created the fantastic stage production, Genie Music was able to transform ONF’s music into advanced virtual music content,” stated the agency. “We have mobilized the best virtual reality technology and directing power in Korea to organize the best metaverse performance. In this virtual space, ONF’s mysterious charm will be unleashed.”

KBS to allow live audiences at 'Music Bank' from May 6