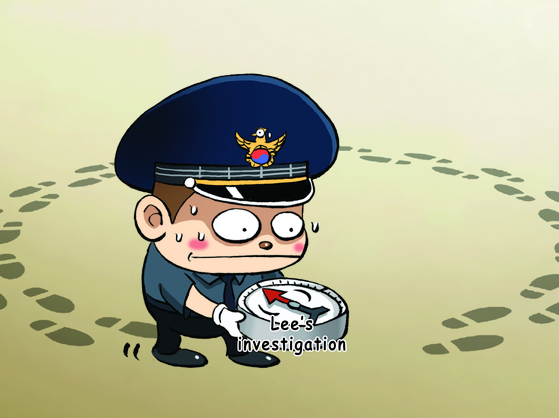 An investigation team of the Seoul Metropolitan Police Agency announced the outcome of its five-month-long probe into former Vice Minister of Justice Lee Yong-gu’s alleged assault of a taxi driver last year and his subsequent cover-up attempt. The team also announced the outcome of a separate but related probe into suspicions that the Seocho Police Precinct, which initially responded to the assault, had let Lee off the hook. [PARK YONG-SEOK]