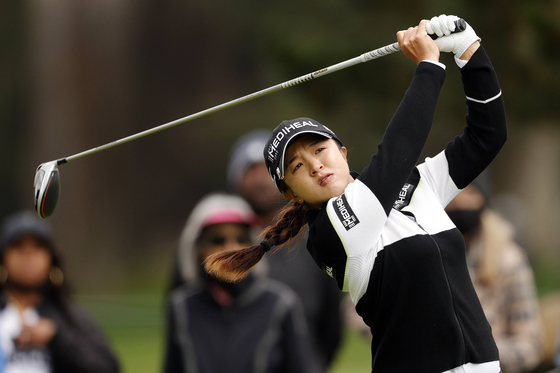 Kim Sei-young hits her tee shot on the 10th hole during the second round of the U.S. Women's Open Championship at The Olympic Club on Friday in San Francisco, California. [AFP/YONHAP]


World No. 3 Kim Sei-young will be looking to defend her title as the LPGA continues with the Mediheal Championship at Lake Merced Country Club in Daly City, California, on Thursday.

Kim isn't the only Korean looking to build on her success at the tournament, as Park In-bee and Ryu So-yeon are to join Kim at the country club just down the road from The Olympic Club, where the three played together just last week. 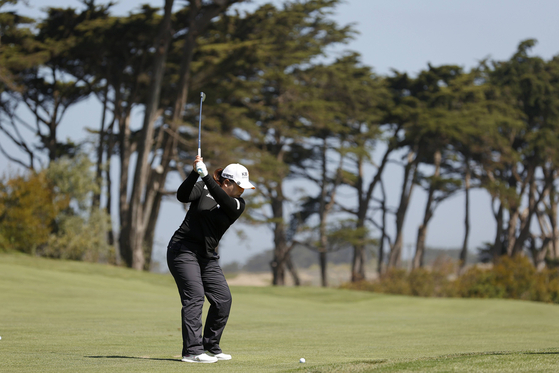 Park In-bee hits her second shot on the first hole during the final round of the U.S. Women's Open Championship at The Olympic Club on Sunday in San Francisco, California. [AFP/YONHAP]


After a week of major championship play, the LPGA Tour returns to the west coast once again for the third edition of the Mediheal Championship. The championship debuted in 2018, but was canceled in 2020 due to the pandemic.

Kim is back to defend her title from 2019, where she won with a bit of flair.

She entered the final round with a three-stroke lead, but opened with a double-bogey and a bogey that led to a three-way playoff with Lee Jeong-eun and Bronte Law.

“I had a good memories, and then it was tough golf course,” recalls Kim. “At the time I playoff with Lee Jeong-eun and Bronte Law, yeah it was cold weather, especially the last two holes when we played playoff.” 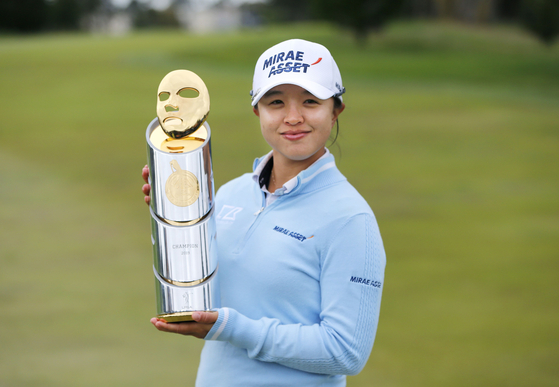 Kim Sei-young poses with the trophy after winning the LPGA Mediheal Championships at Lake Merced Golf Club on May 5, 2019, in Daly City, California. [AFP/YONHAP]


Kim went on since that victory to not only win more times on the Tour, but she also won her first major championship.

“2019 is a very special year to me because I win the biggest tournament, CME,” said Kim.

She won the CME Group Tour Championship in November 2019, the last tournament of the year, with 18-under-par, 270.

“So from there I got more confidence, and yeah, I think this tournament help me growing up as a player.”

Ryu is coming from The Olympic Club along with Kim where she finished 22nd at the U.S. Open.

“We were in San Francisco last week, too, and then like always, U.S. Women’s Open is true challenging, really stressful week, but I had a lot of fun,” Ryu said about last week.

Ryu has had a consistent 2021 season and hasn't missed a single cut since September 2019.

This is her second time at Lake Merced, finishing fifth at the course back in 2016 at the Swinging Skirts LPGA Classic where she shot a tournament record — nine-under-par, 63, in the first-round.

“I was actually surprised [when I] was able to shoot really low score here,” recalled Ryu, “because even though I love this golf course, I always consider this golf course as one of the toughest golf courses we ever play.” 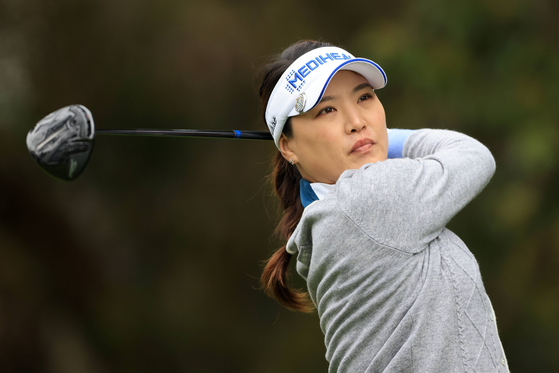 Ryu So-yeon hits her tee shot on the 14th hole during the first round of the U.S. Women's Open Championship at The Olympic Club on June 3 in San Francisco, California. [AFP/YONHAP]