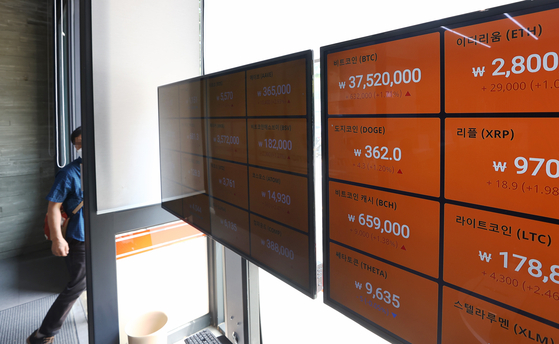 Local exchanges are slashing the number of cryptocurrencies they offer.

The country’s largest exchange by trading volume, Upbit, announced Friday that 25 coins were put on its investment warning list, a first step before delisting the coins from the exchange. Smaller exchanges such as Probit announced the delisting of hundreds of coins recently.

The moves come as the exchanges hope to partner with banks that agree to offer bank accounts in the name of the actual trader for trading on the exchanges. After an amendment to the Act on Reporting and Using Specified Financial Transaction Information took effect in March, exchanges were given until Sept. 24 to find such banks to keep operating.

Banks have been reluctant to offer so-called real-name accounts for cryptocurrency trading as they don’t want to be responsible for potential money laundering and crypto-asset related fraud. Exchanges are abandoning lesser-known, underperforming coins to shake off some risks and appeal to the banks and financial regulators as safer places to do business.

Among the 25 coins Upbit put on its watch list were Komodo (KMD), AdEx (ADX), and Lbry Credits (LBC).

The exchange said in its notice that the coins “fell short of internal guidelines” when considering technical competence and global liquidity of the coin, and said it “decided there should be a measure imposed to protect investors.”

“After issuing an investment warning, Upbit thoroughly reviews the digital assets for a week to decide whether or not to terminate the transaction support,” the exchange said.

Last week, Probit announced it would purge 145 cryptocurrencies from trading. Trading of those coins was suspended at 3 p.m. last Tuesday. Cashing out the tokens can be done by Sept. 1.

After the announcement by Upbit on Friday, the price of Komodo plunged 19.23 percent compared to the previous trading day. Its price plunged by another 11.36 percent on Saturday, before recovering slightly by 0.83 percent on Sunday as of press time.

Upbit’s closing prices are based on 9 a.m. prices each day, as cryptocurrency trading runs 24 hours a day.