If there is a silver lining for every cloud, then for the Covid-19 pandemic, it is the newfound attention people are paying to environmental issues.

People are witnessing not only millions of disposable masks being thrown away every day, but also piles of containers due to a surge in delivery foods, and plastic and packaging from online shopping deliveries.

Recycling, upcycling and leaving zero waste are some of the latest keywords populating the mainstream nowadays, but no matter how environmentally cautious people are, it never seems to be enough.

One of the aspects that people often don’t realize is that plastic items that are smaller than the size of your hand are often dumped to be incinerated or buried — for instance, caps from beverage bottles, because there just aren’t enough resources to separate them from the mountains of trash thrown away every day.

Situated in the middle of Seoul in Jung District, is a “plastic mill” which collects such plastics to turn them into cool-looking soap dishes or tube squeezers. The plastic is first divided by color and material, ground down, melted, and finally reshaped into other products. Run by the Korean Federation for Environmental Movement (KFEM), the notion of a plastic mill originated from a global plastic recycling project called Precious Plastic which provides resources for anyone interested in starting a business that involves recycling plastic — for free. All the information about building the machines and tools to grind, melt and inject recycled plastic or characteristics of different plastics are available on its website www.preciousplastic.com. 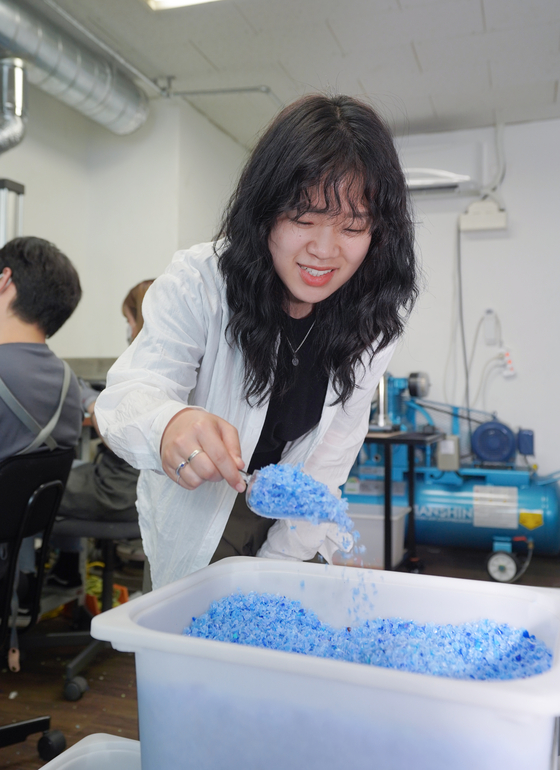 Kim Ja-yeon, project manager and one of the founders of Plastic Mill, examines ground plastic that has been divided by color and property at the mill’s office in Jung District, central Seoul. [JEON TAE-GYU]


Kim Ja-yeon, the project manager of the mill, which is called Plastic Mill, first came to know about Precious Plastic in 2019 when she did a three-month internship in Egypt.

“I studied abroad in Sweden for a while, and there was a brief internship program in Egypt," Kim said in a recent interview with the Korea JoongAng Daily at Plastic Mill. “Eco-friendly notions about waste and recycling are very scarce there, and our mission was to bring that kind of social value. One of the ways we did that was to start Precious Plastic's there, and that’s when I found out there are quite a lot of branches around the world, so why not start our own branch in Seoul? I proposed the idea to a friend already working in the federation and that’s how we came up with Plastic Mill based on the sources from Precious Plastic. 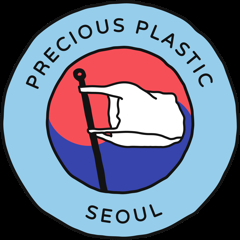 
‘You may think of Precious Plastic Seoul as our business name,” Kim continued. “If Plastic Mill runs campaigns or does collaborations, Precious Plastic Seoul works as a bridge to connect those who want to start their own businesses using recycled plastics with other similar start-ups. It basically provides the network, along with business plans and education too.”

It was only last July that Plastic Mill began recruiting participants to collect small plastic items for a month so that they could be sent to the mill to be upcycled. Dubbed as “Sparrow Club,” the mill refers to the participants as sparrows who “cannot pass by waste, even a small piece of plastic.” What they didn’t anticipate was how popular the club would be.

“We began to recruit participants from July 1 and over the course of four days, about 900 people applied,” Kim said. “We didn’t spend that much money or put much time into the promotion, but somehow the Twitter post we uploaded was retweeted a lot over the weekend. I guess it became a kind of trend. People think of it as a hip and cool thing to do, and there has been a surge of culture where consumers hold high esteem for products that have social value, even more so than their personal tastes. Back then, there were only two of us running the mill and we had to do everything by hand, so that’s when we decided it should be hosted in seasons. We originally thought it would be a success if we manage to gather 500 people in a year, but instead, we ended up receiving 2,000 applications per season.”

Up until the third season, the plastic was received via delivery, but from the fourth season in May, sparrows visit the mill in person and spent time with the organizers to divide the plastic by color and material. The change in policy came after they saw mountains of paper boxes piling up from deliveries in the third season, where 4,800 sparrows nationwide sent the plastic they gathered to the mill. 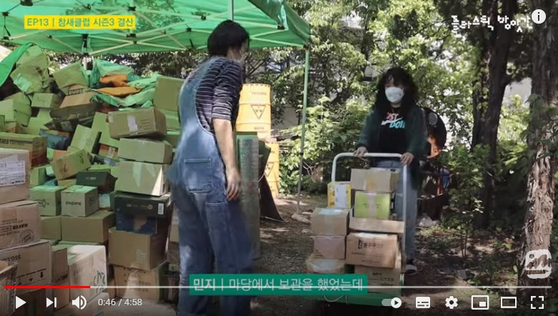 
“We wanted to accept as many people as we could, but we thought about whether it’s right to create more waste to upcycle plastic lids,” Kim said. “Some people living outside of Seoul, such as in Daejeon or on Jeju Island, were definitely saddened by the news that we no longer accept deliveries. Instead, we are trying to recruit regional zero-waste shops or eco-friendly spaces so that the sparrows can bring the plastic they collect there for us to collect. We’ve already put some of those places on the map on our website www.ppseoul.com/mill.”

One of the advantages of the sparrows actually visiting the mill is that they can see for themselves what kinds of plastics can be upcycled and what kinds can't. The mill currently receives plastics made from polypropylene (PP) as it is the most common property of plastic used in delivery packaging, beverage lids, and shampoo and cosmetic bottles. The property also creates the least hazardous waste during the process of reconfiguration. 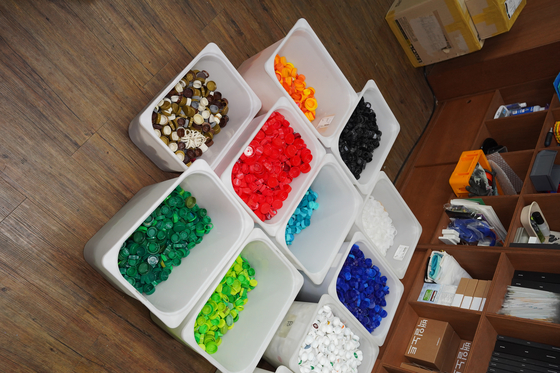 Colored plastics are sorted at the mill. [JEON TAE-GYU]


“Even with beverage caps, there are a lot of those that cannot be upcycled,” Kim explains. “For instance, if there is a rubber element within the cap, it’s very difficult to separate the rubber and most of the time it barely comes off. Before, we used to borrow a helping hand from volunteers in this part of the process, but now, what’s meaningful is that the sparrows can visit and see with their own eyes the heaps of plastic that have been accumulated. They arrive at the mill, maybe brimming with hope that they can smartly dispose and recycle the small plastic items, but they see we are using too much plastic, and throwing it away, in our daily lives.

“That’s what this has been all about,” Kim said. “It’s never been about gathering a lot of plastic and making as many tube squeezers as we can. It’s about using less plastic waste to start with and to be conscious about ways to reduce our usage.”

The main consumers of the Plastic Mill are females. Women aging from 25 to 35 constitute 50 percent of the sparrows followed by women in their 40s to 50s, and then teenagers. The Plastic Mill has collected 3,000 kilograms (6613.8 pounds) of plastic or 1 million beverage caps for upcycling in less than a year since the campaign was started. 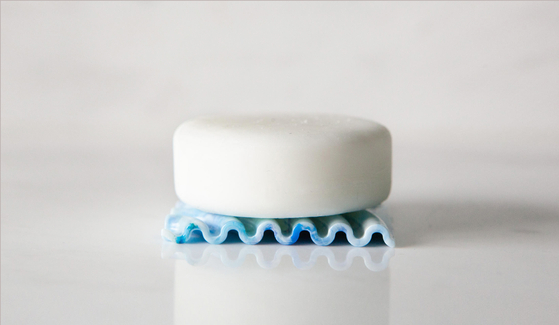 
But the mill is not looking for a way to expand or create profit from their business. The Plastic Mill campaign has been selected to receive financial support from the Community Chest of Korea as KFEM is a non-profit governmental organization run by the fees it collects from its members. The upcycled products from the mill are given as souvenirs to the sparrows who participate in the campaign, and are only sold via a  website which sells sustainable goods www.morestore.co.kr. The sales made from the platform are donated to support the federation.

“We are preparing to crowdfund, but we don’t really have any plans to make profit from the sales,” Kim said. “However, there are more people who are taking interest in manufacturing the tube squeezers with machines, and although anyone can download the sources from the Precious Plastic website, it might be difficult for beginners to understand. So we are preparing to open classes or networks so that we can pass on our knowledge to hopefuls. And although we sincerely appreciate sparrows living outside of Seoul who want to send their collected plastic to us, it would be even better if they could send them to nearby upcycling facilities, right? There are a few other Precious Plastic branches within Korea such as Precious Plastic Daejeon, so we are trying to stabilize a network to connect sparrows living there to that branch.” 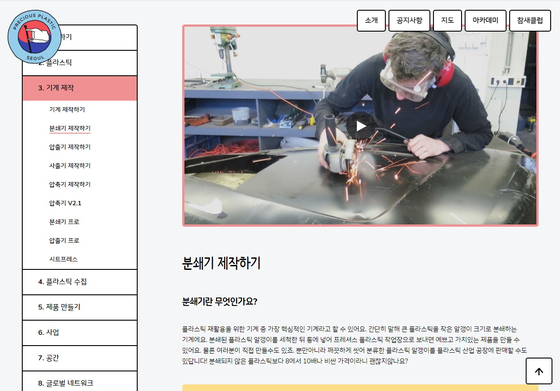 
Out of countless upcycling companies that are popping up nowadays, Kim perceives that what makes Plastic Mill stand out from others is the fact that it creates a product which can be used for years from plastic caps that stopped being used as soon as people are finished drinking from the bottle.

“Just because it’s cheap and it’s super easy to make doesn’t mean that plastic isn’t useful,” Kim pointed out. “Although it’s very solid and doesn’t break easily, its shape is easily altered when heat is applied, so it’s an excellent resource [...] I think our campaign allows people to see that it’s a valuable type of resource like a tree.” 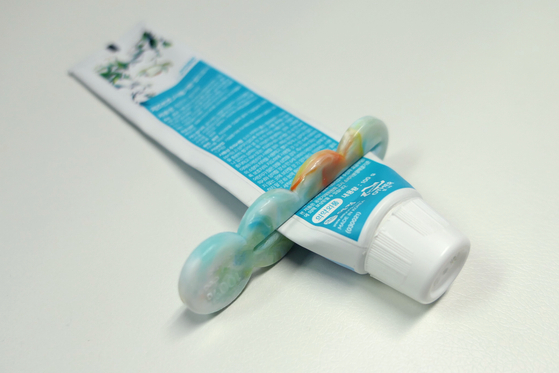 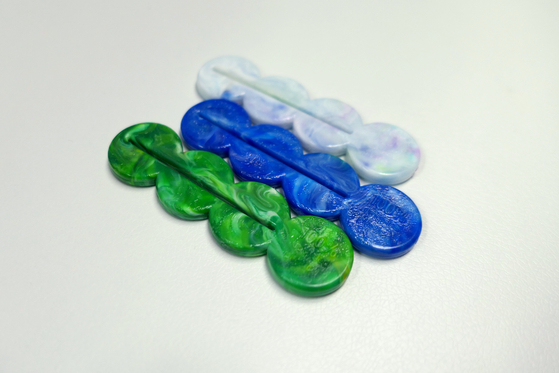 Top and above: A variety of tube squeezers created at Plastic Mill. [MORE STORE]


If people could take a step further than merely upcycling plastic, Kim hopes that people realize that protecting the environment does not derive from a grand gesture such as starting a campaign, but rather from daily habits.

“I don’t think that people’s perception toward protecting the environment is a temporary trend like boot-cut trousers,” Kim said. “I think this public awareness has been founded from the pandemic, forest fires, and the long droughts that we’ve experienced.

“Some of my friends and I who are environmentally conscious know that there is tons of waste accumulating every day, but we still use tumblers and carry shopping baskets because it makes us feel better. It is difficult, because we see plastic everywhere we go, but the most important thing is that it doesn’t take some big decision to protect the environment. You just need to remember to put your reusable cup somewhere visible before you go to bed. If you eat a lot of meat one week, then maybe next week you can avoid. What matters is not the mere act itself but how sustainably we can carry it out, until it naturally becomes a habit that we don’t really need to think about doing.”