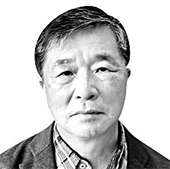 The author, a professor of demography at Gangnam University, is an advisor to the JoongAng Ilbo’s Reset Korea campaign.


Recently, some 2,000 foreigners had a drinking party at Haeundae Beach without wearing face masks. Many of them may have thought they were free from the risk of getting coronavirus as they were vaccinated and deserved to enjoy maskless freedom. But Busan residents reported the festivity for disease control violation sand worried about the spread of the coronavirus from going maskless.

Vaccination means a fully vaccinated person is immune to the virus, not that the virus is not carried. If vaccinated people can spread virus, vaccinated people are being selfish, enjoying the freedom and privilege of going out without masks despite the risk of spreading the virus to those not vaccinated. Exercising the freedom and right not to wear a mask without considering others can result in a the spreading Covid-19 to others. Surprisingly, the government is actively promoting vaccinations by allowing fully vaccinated individuals go outdoor without masks from July.

The history of epidemics should serve as warning about the risks of going maskless. Native American populations were nearly destroyed by contagious disease brought by Europeans. McNeill’s Law deals with people from a civilization with immunity conquering a native people-group without immune. According to Jared Diamond, author of Guns, Germs, and Steel, only a few-hundred strong Spanish army could bring down empires with millions of indigenous people because of smallpox. The Europeans, who were immune to domestic animal epidemics, spread smallpox to native people in the Americas. Diamond argued that the people who domesticated animals become the first victims of animal pathogen but eventually develop immunity to the disease. Domestication of animals and plants meant economic development through sufficient food and population growth, and proponents of modernization, including Diamond, consider the sacrifice of the indigenous people in the New World a necessary evil to build a civilized society. 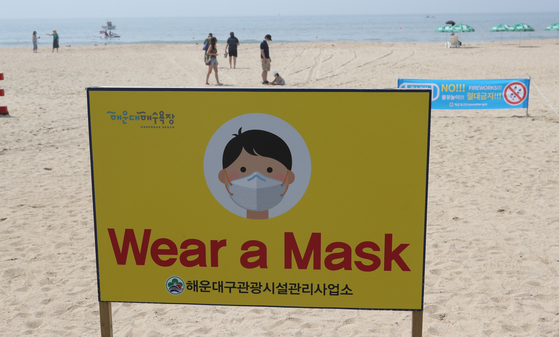 After a group of foreigners enjoyed fireworks at Haeundae beach without wearing face masks last year, an English sign was set up requesting people to wear masks. [SONG BONG-GEUN]

However, the sacrifice of the native people was too serious to be treated as a necessary evil. According to the study by Cook and Borah, the population of the Aztecs was nearly 25 million before the contact with Europeans, but only in 100 years after the contact, the population shrunk to 750,000, mere 3 percent. In the early period of the contact, 8 million people died in four years between 1519 and 1523. The population of the Taino people, the first Caribbean natives Christopher Columbus contacted in 1492, is estimated to be at least several hundred-thousands to as many as 8 million before the contact. But less than 10 years later in 1500, the population had shrunk to 100,000 and then disappeared from the face of the earth. McNeill’s Law — which presumes that tremendous deaths of native Americans were inevitable for economic development, especially for rich life of Europeans — is too cruel to the indigenous people.

While many people are concerned about the maskless festivities in Haeundae, and there are historic examples of the danger of going maskless, I don’t hear much concerned voice about it.

The voices raising concerns for no-mask policy clearly go against the mainstream. As Israel’s case shows, going without mask after vaccination is actively promoted. People earned the coveted freedom with vaccination. This freedom will revive global economy. Domestically, voices stressing the risk of going without a mask could be seen as interrupting the government’s PR for vaccination. But I cannot deny that the risk of vaccinated people going without a mask resulting in a catastrophe for those who don’t get vaccinated is large based on McNeill’s Law.

Before or after vaccination? (KOR)