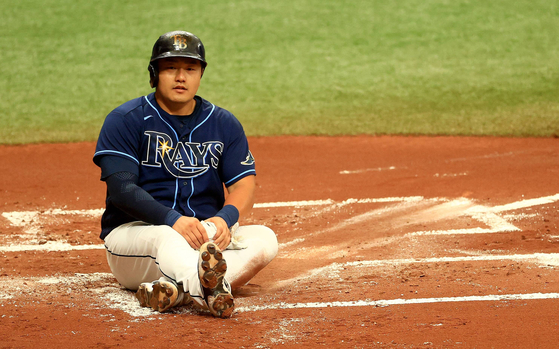 Choi Ji-man of the Tampa Bay Rays reacts to scoring a run in the first inning during a game against the Kansas City Royals at Tropicana Field on May 27. [AFP/YONHAP]


Choi Ji-man of the Tampa Bay Rays and Kim Kwang-hyun of the St. Louis Cardinals are both expected to return to active duty in the next few days after being placed on the 10-day injured list (IL) by their respective clubs.

Choi was placed on the 10-day IL on June 4, backdated to June 3, after straining his groin during a game against the New York Yankees on June 1. He appeared as pinch hitter the following day, further aggravating the injury.

Choi has only appeared in 15 games so far this year after starting the season on the IL after undergoing knee surgery during spring training. He's been explosive at the plate since rejoining the Rays on May 16, with 14 hits, eight runs, 11 RBIs and two home runs for a .304 batting average and a .522 slugging percentage.

Choi is eligible to rejoin the team from Monday, or Tuesday in Korea. Rays Manager Kevin Cash on Sunday told reporters that Choi had played two training games that had gone "really well," and pending a final evaluation he could be reactivated on Monday. If that is the case, Choi will rejoin the Rays as they take on the Chicago White Sox at Guaranteed Rate Field in Chicago. 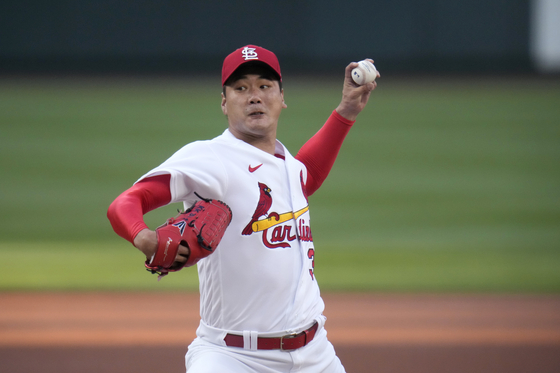 St. Louis Cardinals starting pitcher Kim Kwang-hyun throws during the first inning of a baseball game against the Cincinnati Reds on June 4 in St. Louis. [AP/YONHAP]


Kim started for the Cardinals on June 4 against the Cincinnati Reds, but took himself out of the game after three innings due to lower back tightness. Kim also started the season on the IL for the same reason.

He threw three full innings against the Reds, giving up three earned runs with two homers for his fourth consecutive loss. He returned to the mound at the start of the fourth inning, but threw one warm-up pitch before exiting the game. The Cardinals added Kim to the 10-day IL on June 5.

Speaking at the time, Cardinals manager Mike Shildt said that Kim had "jarred" his back and isn't expected to need more than 10 days on the IL.

Kim completed a bullpen session on Sunday without issue and could start for the Cardinals as they take on the Miami Marlins at Busch Stadium in Missouri on Tuesday, or Wednesday in Korea.