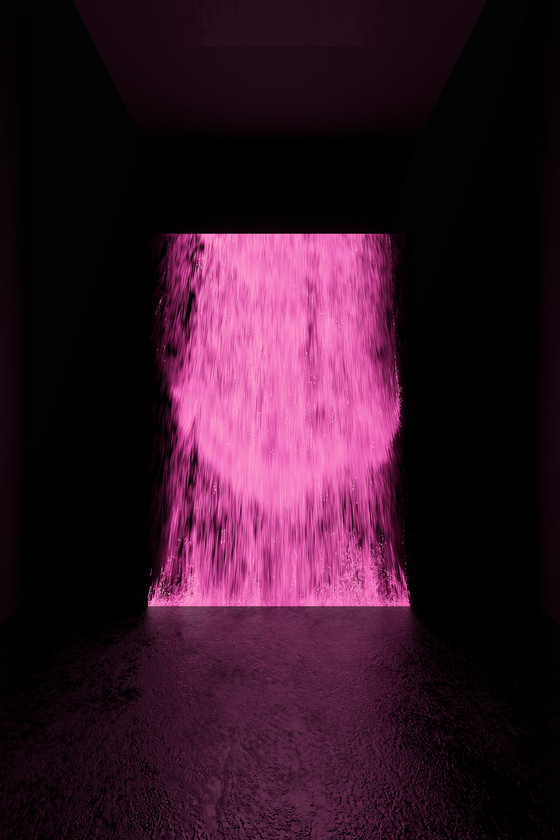 
Korean digital design company d’strict will have a work auctioned by Sotheby’s in Hong Kong on Friday.

The work was one of 47 items chosen by Taiwanese actor and musician Jay Chou for the collaboration dubbed “JAY CHOU X SOTHEBY’S."

Chou, known as the “King of Mandopop,” kicks off the Asian edition series.

The work from d'strict is called “Waterfall-Sands” (2020/2021) and is a 2-minute high-definition video with sound. It was created by d’strict’s media art unit a’strict. It was commissioned by Chou for this even and is a special edition of the group’s “Waterfall” series.

”Accompanied by the sound of thundering waterfalls, the high-definition video depicts a large outpouring of pink sands infinitely falling into nothingness and for nothing,” said a’strict. “This unique piece transcends elements of mere visual spectacle or sentimentality by reinterpreting the natural scenery and effectively transforming both the viewers’ perceptions of time and space.” 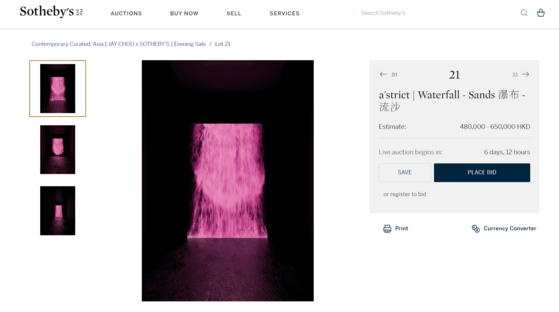 All the items for sale including “Waterfall-Sands” will be on display at the K11 Atelier in Tsim Sha Tsui, Hong Kong until the auction on Friday. The auction will be streamed live on Sotheby’s website and YouTube channel.

After “Waterfall-Sands” is sold, a’strict will give the buyer a USB containing the work, a certificate of authenticity and will supervise the installation of the work in the buyer’s media device. There are only two copies of “Waterfall-Sand” and a’strict team will keep the other one.

This is the first time an a’strict work is being sold. The team earned critical acclaim for its public art project “WAVE” that was shown on the huge wraparound LED display on the Coex Artium in Seoul’s Gangnam District, southern Seoul last April. The group exhibited “Starry Beach” at the Kukje Gallery in central Seoul last August, using a similar wave image as at Coex, but also using the floor and mirrors on the sides of the space to create an ever-expanding image.

“Participating in the upcoming Sotheby’s sales means that the potential of a’strict’s genre-crossing work has been recognized in the contemporary art scene by the international auction house,” said Sean Lee, CEO of d’strict. “We find it honorable and quite extraordinary for a team of media artists, which debuted less than a year ago, to have been invited to the Sotheby’s sale. We will endeavor to create more diverse and valuable work that combines technology and art in the future.”