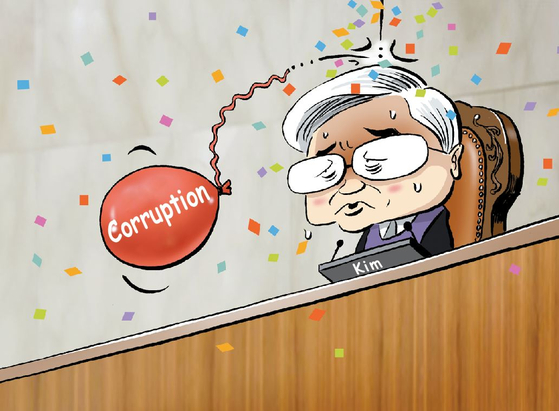 The opposition People Power Party (PPP) has released a 198-page white paper alleging corrupt behavior by Supreme Court Chief Justice Kim Myeong-soo over the last four years, which includes allowing a party for his daughter-in-law’s legal team from Hanjin Group to be held in his official residence. [PARK YONG-SEOK]