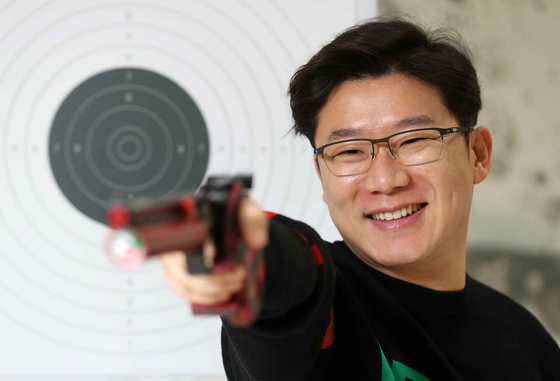 Jin Jong-oh trains at Shin-gu University in Seongnam, Gyeonggi. He is aiming for his fifth gold medal at the Tokyo Olympics. [JOONGANG ILBO]


Fourteen Korean athletes will look to continue the country's dominant run at the Olympics, competing in a total of 11 events in Tokyo.

Initially, 15 athletes were selected to represent Korea based on qualifications held from April 16 to 30 at the Changwon International Shooting Range, but Kim Min-ji, who topped the Olympic trials, has been suspended for 12 years for bullying a younger teammate.

This decision takes her out of the Tokyo Games, leaving the Korean national shooting team with 14 members who have qualified in five men's events, four women's events and two mixed events.

This will be his fifth Summer Olympics, also making Jin one of the Koreans to appear at the most Summer Games, alongside shooter Lee Eun-chul and handball players Oh Seong-ok, Oh Yong-Ran and Yoon Kyung-shin. Lee Kyou-hyuk holds the overall Olympic record, with six appearances at the Winter Olympics. 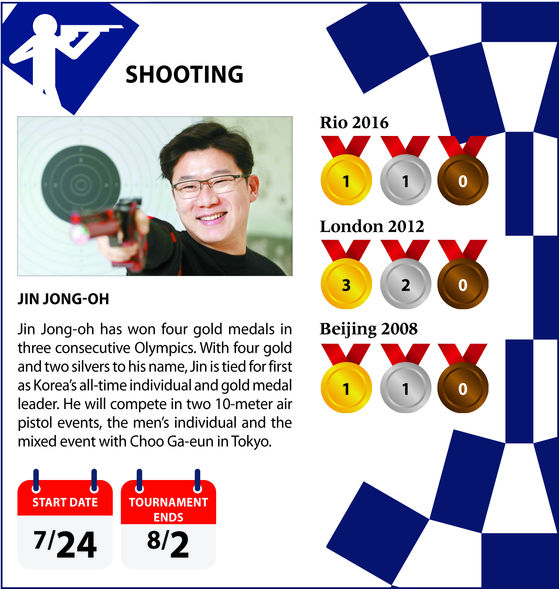 For the men's 50-meter rifle three positions event, Kim Sang-do will represent Korea. He will also compete in the 10-meter air rifle alongside Nam Tae-yun.

Lee Jong-jun will compete in men's skeet, an event where targets are thrown from traps. 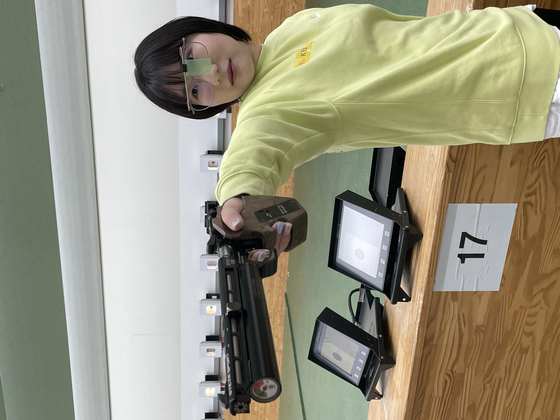 
For the women's events, Kim Min-jung, the 2019 world No. 1 in 10-meter air pistol, earned her chance to compete at the Olympics. Back in 2016, she failed to advance to the Rio finals.

During qualifications, she had to concede the Olympic berth for her main event, the 10-meter pistol, but was able to qualify for the 25-meter pistol, the event that Kim Jang-mi brought back a surprise gold in at the 2012 London Olympics. Kim Min-jung won silver in the women's 25-meter pistol in 2019, at the ISSF World Cup Final in Putian, China.

The women's 10-meter air pistol event will feature Kim Bo-mi and Choo Ga-eun, and Kim Min-jung and Kim Bo-mi will compete in the women's 25-meter pistol.

Mixed events have been newly included in the Tokyo 2020 program, with eight Koreans looking to add two gold medals.