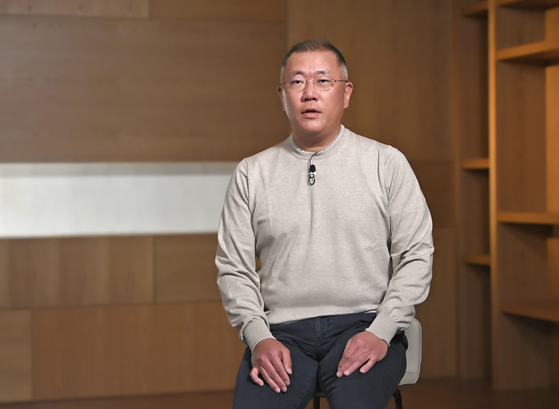 Chung is currently on a business trip to the United States, where he has met with Motional executives and engineers at its Boston headquarters to discuss the direction of the joint venture's self-driving technology business. It is the first time Chung has visited Motional’s Boston office. The chairman is also expected to visit the joint venture's research and development center located in Pittsburg, Pennsylvania.

The Ioniq 5 that Chung drove on June 15 is “the epitome of Motional’s self-driving technology,” according to Hyundai Motor, demonstrating Level 4 technology, the step before full autonomy. A Level 4 autonomous car is able to operate on its own under certain circumstances and is considered suitable for driverless taxi services and public transportation.

The partially autonomous Ioniq 5 is currently being driven on test roads, but when the technology develops further, Hyundai Motor said the vehicle will be used for a driverless taxi service that Motional plans to launch by 2023 in partnership with Lyft. 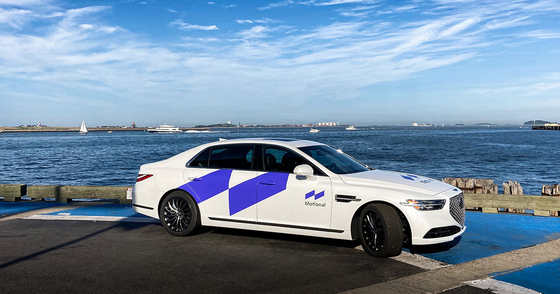 
Motional is also working to develop a platform dedicated to autonomous vehicles that can be outsourced to other global carmakers utilizing Hyundai Motor's car manufacturing skills and Aptiv's self-driving solutions.

Chung also paid a visit to the headquarters of robotics company Boston Dynamics in Massachusetts. Hyundai invested an estimated 950 billion won ($871 million) last year to acquire an 80 percent stake of the company.

Chung saw a number of robots while visiting Boston Dynamics, including the four-legged dog-inspired robot Spot, two-legged humanoid robot Atlas and Stretch, which is able to load and unload heavy packages from vehicles.

Spot began sales last year at $75,000, while Stretch is expected to go on sale sale next year.

The U.S. business trip is Chung's second this year. Chung made his first visit in April, when he reportedly inspected an Alabama factory for potential local production of the Ioniq 5.

Chung has been focused on expanding Hyundai Motor's business away from traditional automobile manufacturing. Last year, he said he plans for only 50 percent of the company's revenue to come from automobiles in the future, with 30 percent coming from urban air mobility and 20 percent from robotics.

Earlier in the week, Hyundai Motor's global chief operating officer Jose Munoz said in a conference organized by Reuters that the timeline for the automaker's launch of air taxis could be moved up from 2028 to before 2025. 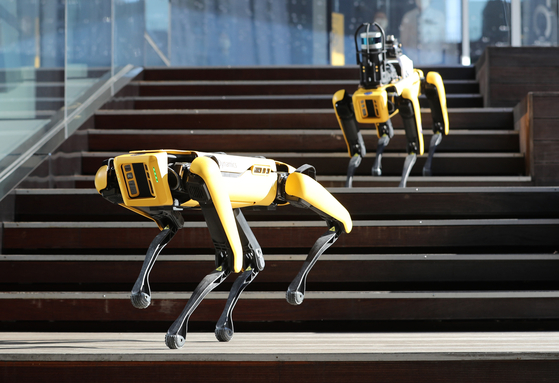