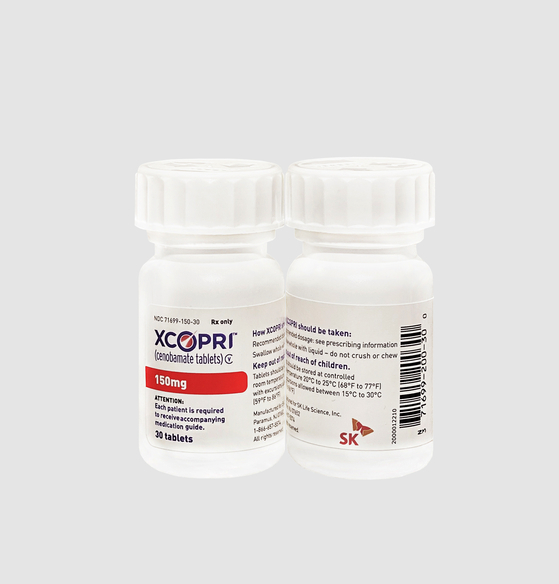 Italian company Angelini Pharma is the local distributor for the epilepsy treatment.

The launch in Europe comes a year after Cenobamate first started selling in the United States in May 2020. In the U.S. market, it is sold under the name Xcopri.

Cenobamate is one of the two new drugs developed by SK Biopharmaceuticals that has reached commercialization.

It was the company’s first original treatment to generate revenue after 20 years of development in the red. SK Biopharmaceuticals' earnings swung into the the black for the first time in the first quarter this year, with sales of Cenobamate cited as the main contributor.

Germany has the largest pharmaceutical market in Europe, according to SK Pharmaceutical. According to data from Decision Resources Group cited in SK’s statement, the country has around 400,000 epilepsy patients.

Cenobamate, or Ontozry, was approved for market release by the European Commission in late March. This made it the first drug made by a Korean firm — from discovering the candidate substance to carrying out three stages of clinical trials — to obtain sales approval in both the U.S. and Europe, two of the world’s largest pharmaceutical markets.

According to SK Biopharmaceuticals, the company will receive royalty and milestone payments proportional to sales from Angelini Pharma based on Ontozry’s performance in Europe.

In 2019, the bio unit of SK Group sold Cenobamate’s marketing rights in 41 European countries to Arvelle Therapeutics in a deal potentially worth $530 million, including milestones and an upfront payment of $100 million.

Arvelle Therapeutics was acquired by Angelini Pharma in January this year, with the Italian parent company assuming Arvelle’s rights to Cenobamate in Europe. SK said the deal will work in its benefit, as Angelini can offer larger resources for sales and marketing.