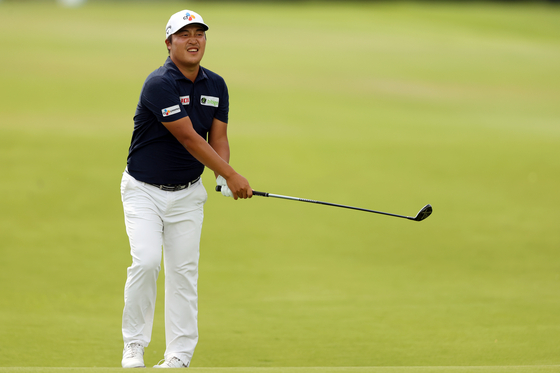 Lee Kyoung-hoon hits from the fairway on the 12th hole during round three of the AT&T Byron Nelson at TPC Craig Ranch on May 15, 2021 in McKinney, Texas. [Getty Images]


It's a big weekend for golf, with the PGA's U.S. Open, the LPGA's Meijer LPGA Classic and the KLPGA's DB Group Korea Women's Open all teeing off on Thursday.

The U.S. Open returns to Torrey Pines Golf Course in San Diego this year. The event was last held at the California course in 2008, when Tiger Woods took home a famous victory. Big Korean names like Lee Kyoung-hoon, Im Sung-jae, Kang Sung-hoon and three-time PGA Tour winner Kim Si-woo will try their luck at the Open this week.

The best ever finish for a Korean at the U.S. Open was tying for third in the 2011 tournament. Last year, Im finished 22nd at the Winged Foot Golf Club to emerge as the leading Korean.

This May, Lee won his first PGA Tour event at the AT&T Byron Nelson. He is now hungry for a major win. 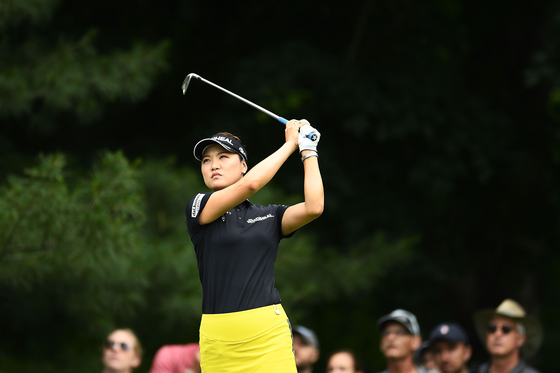 Ryu So-yeon hits her tee shot on the second hole during the third round of the Meijer LPGA Classic for Simply Give at Blythefield Country Club on June 16, 2018 in Grand Rapids, Michigan. [AFP/YONHAP]


It is also an exciting week for women's golf, as the LPGA Tour is back at the Blythefield Country Club in Belmont, Michigan for the seventh edition of the Meijer LPGA Classic for Simply Give.

Lee Mi-rim won her first LPGA Tour victory at the inaugural event in 2014 after a playoff with Park In-bee, and Kim Sei-young won in 2016 after birdying the first hole of a sudden-death playoff against Carlota Ciganda. Ryu So-yeon won the tournament in 2017 with 21-under-par.

Ryu enters the tournament after tying for third at the LPGA Mediheal Championship at Lake Merced in Daly City, California last week. World No. 1 Ko Jin-young will be looking for her first win of the season as No. 2 Park seeks her second. Kim Sei-young will not compete.

Park Min-jee, who currently dominates the Tour with four wins in just nine KLPGA events, will look for her first major title at Rainbow Hills. Park tees off with Ji Han-sol and Lee So-mi.