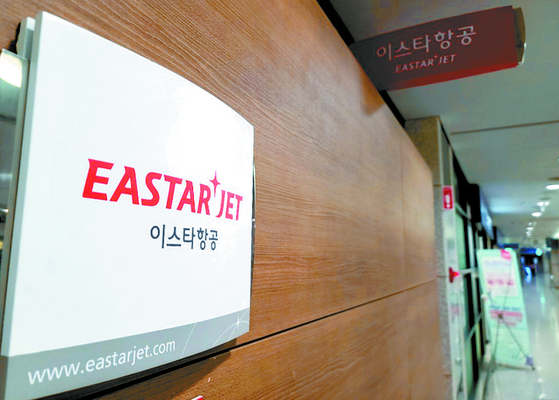 
Eastar Jet will be acquired by Sung Jung, a property developer, according to local media reports on Thursday.

Sung Jung “submitted a document expressing the intent to exercise the preemptive right to purchase Eastar Jet to the arranger of the deal at 9 a.m. today,” a spokesperson for Sung Jung told Yonhap on Thursday, adding that the investment bank brokering the sale has submitted the document to the court.

Eastar Jet is currently in receivership as part of a court-led rehabilitation process.

Sung Jung competed against a consortium led by Kanglim, an equipment maker run by Ssangbangwool, a maker of underwear.

The consortium was the only bidder in a Monday auction to buy Easter Jet, but Sung Jung was preemptively selected as a preliminary preferred buyer in early May in a “stalking-horse” bidding process.

A stalking-horse bid is arranged in advance of an auction to act as an effective reserve bid.

Under the terms of the auction, Sung Jung had the right to file a counteroffer if the Kanglim-led consortium had placed a higher bid.

Sung Jung reportedly submitted a bid 10 billion won ($8.9 million) less than the consortium’s. But Sung Jung agreed to buy Eastar Jet to match the offer, which was reported at around 110 billion won.

Its sales last year were around 5.9 billion won.

The company is expected to sign a deal to acquire Eastar Jet early next month and submit its corporate rehabilitation plans to the court by July 20.

The sale of the airline has not gone smoothly. Last July, Jeju Air scrapped its plan to acquire it, citing uncertainties caused by the pandemic.

Eastar Jet, which suspended most of its flights since the pandemic started early last year, is estimated to have debts of around 200 billion won, including unpaid wages and severance pay.

Ssangbangwool shares fell as much as 15.43 percent on Thursday and closed down 7.81 percent at 968 won.

Kanglim to make an offer for SsangYong Motor