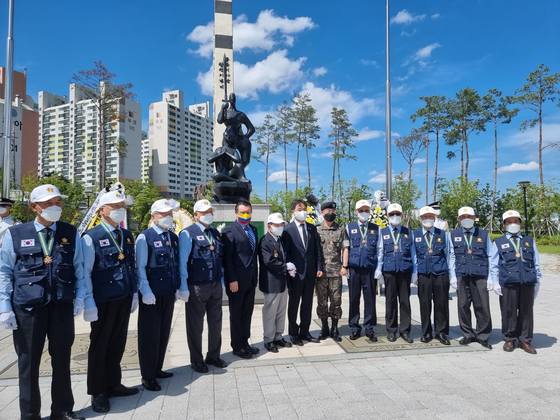 Colombian Ambassador to Korea Juan Carlos Caiza Rosero, fifth from left, deputy minister of patriots and veterans affairs of Korea, Lee Nam-woo, seventh from left, and veterans of the Korean War (1950-53) commemorate the 70th anniversary of the arrival of the Colombian battalion, at Colombia Park in Incheon, where a monument to the Colombian veterans stands. The country sent 5,100 soldiers to Korea from 1951 to 1954 and the first group arrived on June 16, 1951. [EMBASSY OF COLOMBIA IN KOREA]