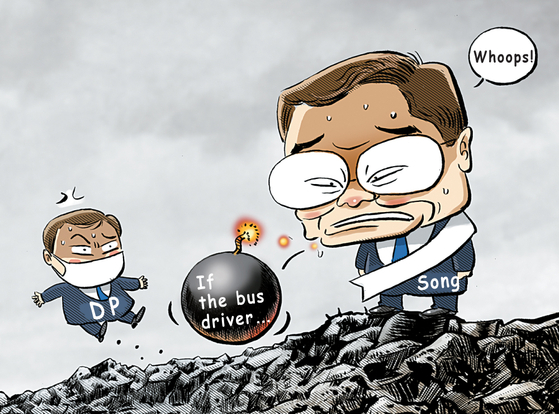 In a meeting Thursday between the government and ruling Democratic Party (DP) over the collapse of a five-story building that fell on a bus waiting at a bus stop, DP head Song Young-gil said that if the bus driver had used his instinct to step on the accelerator quicker, it could have saved lives. But the building crumbled only three to four seconds after the bus stopped. The accident killed nine passengers and injured eight. [PARK YONG-SEOK]