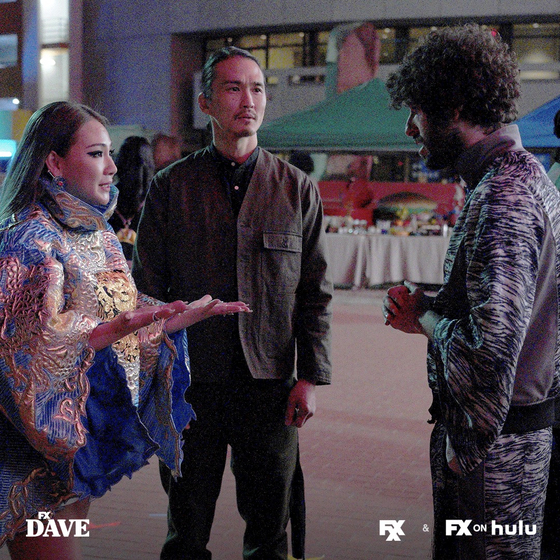 
Korean singer CL made a surprise cameo appearance on the first episode of the second season of U.S. television comedy series "Dave," sporting her glamor as a K-pop star.

"Dave" is a comedy show created by Lil Dicky and Jeff Schaffer. Lil Dicky, whose real name is David Andrew Burd, plays Dave in "Dave," a hip-hop hopeful who's certain that he's going to make it big as a rapper.

The show aired on Disney's cable channel FXX and proved popular for its black comedy with big-name featured guests such as Justin Bieber, YG, Yong Thug and Meek Mill.

The second season kicked off on Wednesday evening, U.S. time. In the show, Dave travels to Korea to shoot a music video after being inspired by the fancy K-pop music videos.

He invites CL to join him, a busy K-pop star, but tells her the wrong time. CL ends up waiting for a long time, but Dave accuses her of being late. CL leaves, angry that people use K-pop's popularity but do not respect it.

CL to drop music video for 'Chuck' at 1 p.m. Friday